Ansel Elgort will apparently not be the only one to be doing the announcements for this year’s SAG awards, as she will be accompanied by Eva Longoria, producer of “Devious Maids”. Longoria, who will continue her work on the show for its upcoming third season, will be presenting the nominations on December 10, at the event which will take place at the Pacific Design Center.

Fans will be able to watch the event on TV as well as on a live stream online, so anyone interested should be able to join in and see who gets nominated. It’s been confirmed that TBS and TNT will be running the event on the TV side, as well as online – plus there are rumored to be additional online streams from various sources, so there should be plenty of options available for anyone around the world.

The show has been enjoying a moderately successful run so far, despite getting into some controversial waters due to the way it depicts Hispanic characters. According to critics who were targeting the production, the portrayal of Hispanics was way over the top and borderline racist, and some have even refused to take part in the show for this precise reason. Gina Rodriguez, for example, is known to have turned down an offer for a role, citing concerns about the nature of her proposed character.

Still, the show was renewed for a third season successfully, and Eva Longoria continues to run its production. The new season will start airing in spring 2015 (exact date pending), and will feature thirteen new episodes – and according to rumors, the writing staff have really stepped up the drama and interesting encounters between the characters, so those who were following the show for its dramatic developments will apparently enjoy the new season even more. 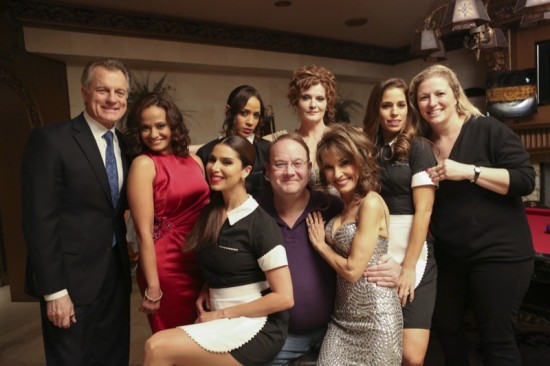 It’s also not known if Eva Longoria will step up her role in the show’s production even more, or if she’ll remain in the position she has currently. In season 2, Longoria decided to get more involved with the show, additionally lending her work as a director. While some were initially skeptical about her merits in this position, the final result was more or less satisfying, to the extent that some fans have even stated that they would enjoy seeing more episodes directed by Longoria. However, whether this will happen in the new season or not, has not been revealed yet. There are rumors that Longoria may play an even more central role in the production of season 3, but nothing has been confirmed yet, and most of the rumors aren’t from well-known sources.