The PlayStation 4 hasn’t been out for that long, relatively speaking, but there are already rumors about the next console in the series and what it might bring to the table. Everything is just speculation right now and there is nothing confirmed by Sony themselves, but if even half of those rumors turn out to be true, then Sony might be looking into some really exciting options for the PlayStation 5, and the company could be looking to take some serious risks with the console in order to push it forward even more.

According to the current rumors, Sony are already hard at work on the PlayStation 5 and are toying around with different ideas for its overall hardware configuration and specific components. It’s not clear exactly how far the company is willing to go as far as experimentation is concerned, but it makes sense that they would want to play with some more interesting ideas.

For example, there are rumors that the next PlayStation will not have any disk drive at all, and the console will be focused on streaming games directly from the Internet. While this sounds like a great idea in some regards, there are also some issues with it which would get in the way. Mainly, the current state of Internet connections for domestic use isn’t really advanced enough to allow for something like this, while on the other hand various games simply would not work properly in such a configuration.

There have already been attempts to move gaming into the cloud – OnLive comes to mind, which was a service meant to allow gamers to stream their titles directly instead of having to run them on their own computers. While the service was eventually shut down due to various technical issues getting in the way, many saw it as the future of gaming, and there was a strong sentiment among gamers that this was just another example of a great technology arriving far too early and entering the market before its time.

“GTA 6” is the first title that has been rumored for the console, although it’s very difficult to put any credibility to this rumor considering the lack of news about the game itself. If “GTA 6” really is in development, it would make sense for Rockstar to want to bring it to the next generation of gaming consoles, but on the other hand this would also create some problems for their development.

It was notoriously hard for developers to adjust to having to make their products for both the PlayStation 3 as well as its successor, and if Rockstar want to develop the next “GTA” game for two successive PlayStation consoles simultaneously, this could repeat the same situation. Granted, the PlayStation 4 fixed many issues with the development process that the PS3 had, but the core issue of the situation remains the same and it’s not very likely that the development of the game will benefit in any way from being split across two platforms. 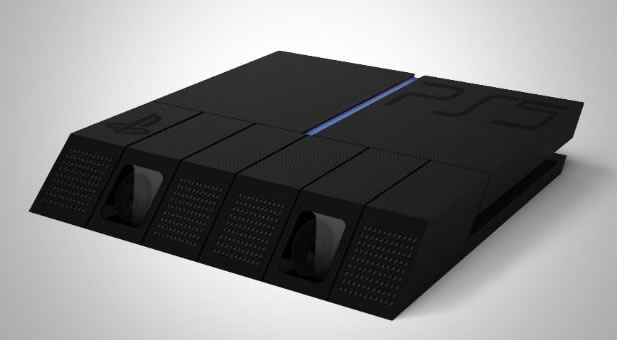 Why two though? In all likelihood the game will also come out for the PlayStation 4, no matter when it’s released. The way the market works would simply make it a senseless move for Rockstar to focus only on the next console in the series, and the studio will need to properly play all their bases if they want the game to succeed. The fact that it’s being released under the “GTA” brand is no guarantee for success by itself.