The Motorola Moto G3, also known as Moto G (2015), has bagged the unofficial title of being the best affordable smartphone of 2015, reports Engadget.

It seems that the American smartphone maker has nailed yet again a high-quality and low-cost handset with the Motorola Moto G3, which it launched in July last year and made it to the retail markets the following month.

Even with plenty of competition, especially posed by Chinese smartphone makers, the Motorola Moto G3 was able to overcome them with its fluid performance, clean software, and a solid camera, making it the best Android low-cost smartphone of 2015.

The smartphone also offers LTE support, which really makes it a good buy for its rather affordable price.

As far as downsides of the Moto G3 are concerned, its camera is not too effective especially at night or when there is low light. The notification light is also gone. And then, its base model only has 1GB of RAM, which is quite petty in today’s standards.

However, for a base price of $180 when it came out of the market, the Moto G3 is the finest blend of silicon and style.

Over the last two years, Motorola has dominated it in the cheap smartphone segment with the Moto G and the Moto G2, and 2015 only made it three in a row for the now Lenovo-owned company. In fact, there are even reports that the Moto G line is the best-selling smartphone line in Motorola history as it is.

Other plus factors for the latest iteration of the Moto G include its being a water resistant handset and its very decent screen.

While its base model came out in the market cheaper, its higher variants were pricier than the older Moto Gs. It also has bulkier design and non-stereo front speaker, which are the handset’s few downsides.

For those who really want super-smooth performance that the original Motorola Moto G was hailed for, consumers need to opt for the more expensive edition of the Moto G3 so there is actually a caveat to the low price of the base model.

The Moto G3 also retains the core design of the Moto G line but the current version uses a removable plastic cover that blocks off the memory card and SIM sockets, providing one of the smartphone’s key features, which is being water resistant.

The smartphone is also the first of the Moto G line to offer any weather resistance, and it goes all the way with IPx7 certification which means that it can be dunked in the water up to one meter deep and leave it there for 30 minutes without damaging it, details Tech Radar.

Another thing going for the Moto G3 is its hardware feature being customizable. The design is best described as perfectly fine. It feels well made and its curved design helps hide its 11.6-millimeter thickness. But it does not feel expensive and is a little large for a 5-inch smartphone.

The Moto G3 also features a 1280 x 720-pixel IPS LCD screen just like the Moto G2. It is mostly a satisfying screen because it is large enough to be well-suited to playing games, browsing the internet and displaying media, rather than being for the basic only. 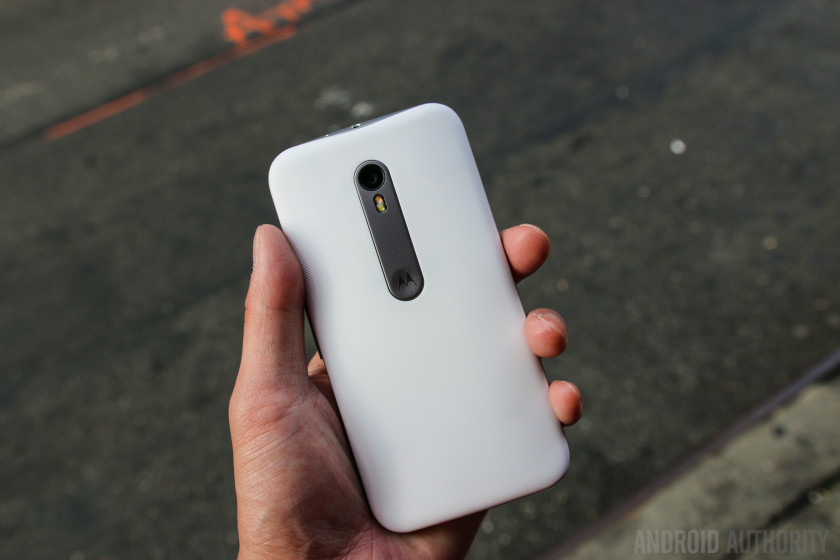 Marshmallow updates to the Moto G3

Meanwhile, as expected, after the Google Nexus devices, it was the turn of the Motorola smartphone offerings that are now receiving the Android 6.0 Marshmallow OS updates.