The fifth installment to the popular Pirate movie franchise “Pirates of the Caribbean” shall be hitting theaters on May 26, 2017 as the film just completed additional filming in Vancouver, Canada last month.

It was during the additional filming in Canada from March to April this year when reports came out that Beatles legend Paul McCartney shall have a special role in “Pirates of the Caribbean: Dead Men Tell No Tales” although no detail has been officially released about it yet.

It has been known since early last year that the main villain of the movie shall be Captain Salazar, to be played by Javier Bardem, who was previously known for his villain role in the James Bond movie “Skyfall” shown in 2012.

According to reports, Captain Salazar is a terrifying pirate and an old nemesis of Captain Jack Sparrow, to be played as usual by Johnny Depp.

Salazar will apparently be on a mission after escaping the Devil’s Triangle to kill every pirate at sea including Captain Jack whom he believes was responsible for the death of his brother.

Now, there are rumors saying that the real-life sweetheart of Javier Bardem, actress Penelope Cruz, shall also be part of “Pirates of the Caribbean: Dead Men Tell No Tales” where she will play the role of Angelica.

Angelica is also a deadly pirate who is said to be related to Blackbeard, who was introduced during the fourth movie “Pirates of the Caribbean: On Stranger Tides.”

The lady pirate also had a brief love affair with Captain Jack Sparrow during the fourth installment of the franchise, notes Movie News Guide.

Penelope Cruz has yet to confirm her involvement in “Pirates of the Caribbean: Dead Men Tell No Tales” but assuming the rumors are true, then she would be another villain that will battle Captain Jack and get in his way in his new quest to search for Poseidon’s Trident and become the ruler of the seas.

It is not clear if Penelope Cruz and her boyfriend Javier Bardem will share screen time together in the movie although it seems that their common denominator is their respective character’s hatred and anguish on Captain Jack.

Taking the movie back to comedy

Actor Geoffrey Rush, who plays the shrewd Captain Barbosa in the “Pirates of the Caribbean” movie series, shall also return to the fifth movie of the franchise.

In a recent interview, Rush said that the main difference between “Pirates of the Caribbean: Dead Men Tell No Tales” and the previous iterations of the franchise is the film’s $250 million budget.

He said that the fifth movie is a $250 million film and there are 12 ships in it. He also disclosed that the producers and the director have agreed to take the franchise back to comedy.

Rush said that the production team has agreed to take the fifth movie back to comedy complete with swashbuckling adventures that the series has been known for, details the Parent Herald.

Sometime in May 2015, four months before the movie wrapped up filming, “Pirates of the Caribbean 5” was already US$70 million over its US$250 million budget, which only means that after four months of production, the movie could have actually doubled its given budget.

With the additional three-week filming in Vancouver recently, it is possible that the movie’s budget could already hit more than $500 million, making it the most expensive movie of all time.

Johnny Depp has yet to make a comment regarding the filming extension and the budget of the movie which has ballooned to a huge amount, apparently due to his doing mostly. 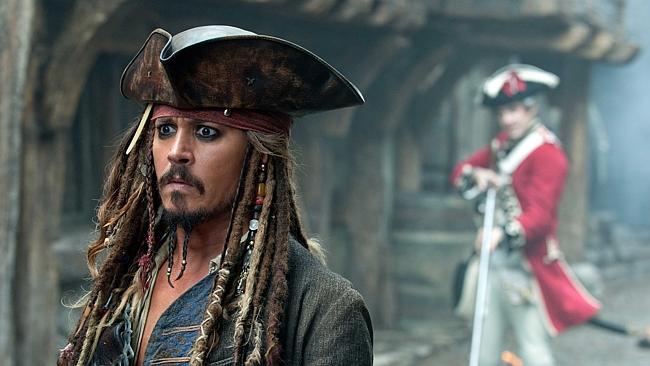 In addition, he and his wife Amber Heard also had problems with the Ministry of Agriculture of Australia after bringing in their Yorkshire pet dogs in Australia without proper documentation, causing a national controversy.

From an initial release date of July 7, 2017, Disney decided to push up the showing on global cinemas of “Pirates of the Caribbean: Dead Men Tell No Tales” after the entertainment conglomerate moved the release date of “Star Wars Episode 8” from May 26 to December 15 also next year.