Gender fluid persons are people viewing themselves as both male and female. They see in themselves the attributes of both sexes but hardly alter their physicality the way they were born.

However, some gender fluid people will modify their clothing depending on whether they feel more masculine or feminine while for others, it’s just a state of mind that they don’t outwardly express, details News.com.au.

There is no exact statistics about gender fluidity as they don’t really exist but experts estimate that it should be somewhere between one percent and eight percent of the population. Gender diversity also ranges from being gender fluid to transsexual or a person who identifies as the opposite sex or gender queer or a person who identifies as neither sex.

Many are actually surprised by the latest admission of Miley Cyrus since a number of her fans have long known her as the girlie Hannah Montana way back his days at Disney. She has also came from high-profile relationships including Liam Hemsworth and just recently, with Patrick Schwarzenegger.

She says she does not want to be defined as simply a boy or a girl and she admits that it is not being a girl that she actually hates but the box that she got put into.

Just weeks after breaking up with Patrick, Miley officially came out in the open to admit that she has a non-binary gender and also disclosed that not all of her past romantic and sexual relationships have been with men.

Miley launched her Happy Hippie Foundation on May 6 where she made the revelations about her gender orientation.

Her foundation seeks to help the homeless and other at-risk LBGT youth. It shall be dedicated to helping empower young people like herself who feel that they exist outside the straight, heterosexual gender and sexual orientation spectrum.

The “Wrecking Ball” singer admitted that her attitude towards gender is fluid, and she totally rejects labels and the male-female binary relationship. She added that with the position that she is currently in, she feels like she’s got a lot of power. But many of the LBGT youth do not feel the same way as she does because they all fall under their parents’ rule.

Miley also referred to newly out transwoman Bruce Jenner as her new hero and role model for daring to transition in public. She also lauded him for blasting open the national dialogue on gender and trans issues. 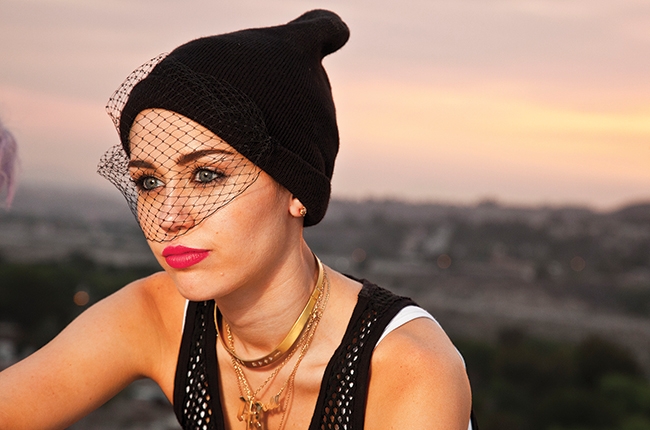 But unlike Miley, many aver that wealthy and high-profile celebrities are less than ideal models of unorthodox culture. They cited that Bruce Jenner actually raised hackles by subsequently declaring support to the Republic Party, which many see as a clueless expression of the wealth and privilege of being a white American.