While Disney Pictures has yet to make an announcement or statement about the release date of the sequel to the very successful “Big Hero 6” shown last year, it seems that the recent pronouncements of Marvel executive producer Stan Lee may have hinted a likely schedule for “Big Hero 7.”

In a recent speaking engagement to promote Marvel-inspired Gillete razors, Marvel executive producer and legendary comic book creator Stan Lee spoke about the possible start-up of production for the sequel of “Big Hero 6.”

He mentioned that production on the movie will begin after Marvel Studios get the following movies off the ground including “Ant-Man,” “Doctor Strange,” the “Black Panther,” the “Inhumans,” “Guardians of the Galaxy 2,” “Big Hero 6 (sequel),” “Avengers 3,” and “Captain America 3,” details the Gospel Herald.

Based on Lee’s production chronology of upcoming Marvel movies, it can be noted that “Guardians of the Galaxy 2” already has a May 5, 2017 playdate and so is the “Avengers 3” or the first part of the two-film series, which will hit theaters on May 4, 2018.

The “Big Hero 6” sequel or the “Big Hero 7” will be in between those two Marvel movies in Lee’s movie production chronology and as such, it will likely be released either late in 2017 or early 2018.

But until Disney or Marvel confirms the release date for “Big Hero 7,” these dates are just mere speculations at this time.

Tadashi Hamada, the brother of Hiro Hamada, the star of “Big Hero 6” is almost confirmed to return to the upcoming sequel to 2014’s top grossing film despite having been pronounced dead in the first film.

Hiro’s brother died in “Big Hero 6” during an explosion in a science event. But Tadashi won’t be coming in as a zombie though.

There have already been widespread rumors in the internet alluding to the plot of “Big Hero 7.” Apparently, the “7” on the title emerged because the seventh character is going to be Tadashi.

For some reason, Tadashi survived the explosion and he will become the villain of sorts in the sequel. While he did die in the first movie, his body was never found so the writers would put a spin on the story to bring the character back to life on the sequel.

Accordingly, Tadashi was saved in the explosion by one of the inventions that were presented during the technological event. The invention that saved Tadashi has something to do with nuclear energy and that because of the power that the invention has given him, he will become Sunfire.

Sunfire is one of the original members of the first “Big Hero 6” in the comic books. He is also a prominent character in the Marvel universe.

This long-time Marvel superhero is a Japanese mutant with the ability to project flames by absorbing heat. 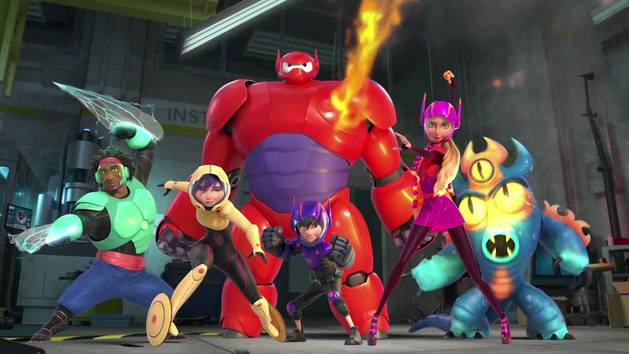 The character has long existed even before he joined the original “Big Hero 6.” He is a member of the X-Men in the Marvel comic books and is often referred to as an ‘Uncanny Avenger.’