The Triple A third-person shooter video game “Mafia” will be marking its 13th anniversary on August 28 and rumors have it that Take-Two Interactive, the parent company of game publisher 2K Games, will be making an announcement regarding the release date of the game’s latest iteration “Mafia 3.”

Every fan and gamer were expecting either game developer 2K Czech or game publisher 2K Games to make an announcement about “Mafia 3” in the Electronic Entertainment Expo (E3) 2015 held last month. But since nothing came out at all, the next best date is during the exact 13th year when the first game of the series came out, cites Mafia Game Info.

There were reports that a trailer for “Mafia 3” would be released on that day as well as the announcement of the game’s official release date on the gaming consoles and the PC.

But neither the 2K Games or its parent company or the game developer has yet to make an announcement or statement to either confirm or deny the rumors spreading around about the “Mafia 3,” turning those reports as merely speculations.

The impending release of “Mafia 3” got another boost in the rumor mill again following reports that Take-Two Interactive Software, Inc. has registered a total of four domains that had the “Mafia 3” name on it, reports the PC Gamer.

It could be that 2K Games is now preparing to develop the website of the game in preparation for its upcoming release. The timing of the domain registration makes good sense as the latest round of rumors indicate that “Mafia 3” would be launch at the 13th anniversary of the first “Mafia” video game in end-August. However, there are also reports that “Mafia 3” could also be launch at the upcoming Gamescom scheduled on August 5 to 9 at Cologne, Germany.

Further fuelling the speculations about the impending arrival of “Mafia 3” is a supposed leaked video showing the “Mafia 2” logo morphing into “Mafia 3” followed by 2016, indicating or hinting that the game could very well come out on the PC and the gaming consoles next year.

But again, since 2K Games has yet to make an announcement or statement to confirm the latest reports, everything at this point about “Mafia 3” is mere speculation.

Filling up the slack

There was no announcement at all about “Mafia 3” during the E3 2015 amid previous rumors that details of the game would be revealed during the event. To fill up the slack, Rick Pasqualone, the voice actor for the Vito Scaletta character in the Triple A video game “Mafia” series, has been taking the cudgels on behalf of the game proponents.

He has been quenching the thirst of fans and gamers for information about the third installment of the video game, “Mafia 3” on social media and game forum sites.

Perhaps in an effort to redeem himself for previously hinting that the developer would reveal “Mafia 3” game details during the E3 2015, Rick Pasqualone decided to respond on behalf of the developer to answer fan questions and queries about the highly-anticipated video game on his Twitter account.

Based on his recent tweets, it looks like Pasqualone has either shed more light on the upcoming release of “Mafia 3” on the PlayStation 4, the Xbox One, and the PC or has set off new rounds of speculations about the video game. 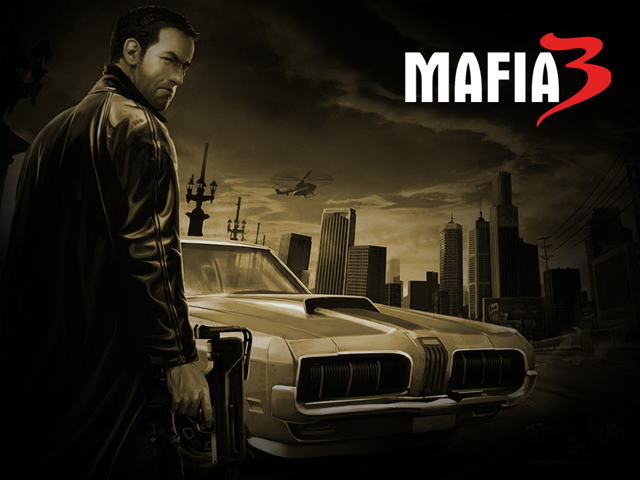 Some leaked reports point out that the action-packed “Mafia 3” will have three new characters joining protagonists Joe and Vito. It is said that the new characters are actually based on three real-life characters, namely Franklin, Tony, and Mickey.