The Australian rock group 5 Seconds of Summer or better known as 5SOS has a self-imposed no-girlfriend rule on its members before they officially release their new album.

However, band members Ashton Irwin and Calum Hood have recently gone into relationships and now have their respective girlfriends, leaving Luke Hemmings, the most popular member of the 5SOS, solely holding on to the rock group’s no-girlfriend rule, cites KpopStarz.

As the guitarist and lead vocalist of the rock group, 18-year-old Luke Robert Hemmings is obviously the most well known among the members of the 5 Seconds of Summer.

Given his popularity and the fondness of ladies for him, it is very likely that Luke Hemmings is now thinking of finally having a girlfriend of his own too. It would be a breeze for Hemmings to pick up a girlfriend but so far, he’s not making a move to follow the footsteps of his fellow band mates.

He still wants to focus on the band and their new album because having a girlfriend would surely divide his concentration between the project and the likely relationship which seems to be what is happening now with Ashton and Irwin, although 5SOS does not want to state it officially.

The group just started their worldwide tour on May 4 and thus far, other than the girlfriend issue on the side, 5SOS is doing well.

Just before their worldwide tour began, 5SOS was also embroiled into a Twitter scandal involving a drummer from the group of UK superstar Robbie Williams.

Reports have it that 5SOS stole the drummer from the group of Robbie Williams and subsequently posted the image of themselves and their new drummer on Twitter and even bragged about it.

The tweet drew various reactions from social media with many of them bordering on the negative as it was indeed an improper act for the Australian rock group to display their underground exploit and be proud about it.

Still, because of the huge number of fans of 5 Seconds of Summer, their supporters eventually overwhelmed the negative commenters, trying their best to help their idols overcome the Twitter scandal that they have put themselves into.

The good thing about the Twitter scandal is that 5SOS eventually owned up to its mistake and expressed their sincerest apology to Robbie Williams. 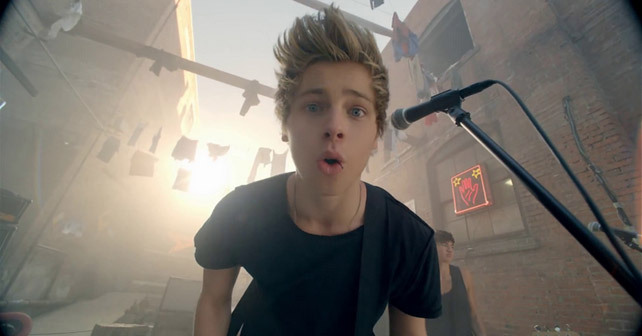 In their latest tweet, the band said that they are sorry to Robbie for stealing his drummer and they hope that his band’s tour would hardly be affected by it. They added that they hope to see him (Robbie) soon perhaps to offer their personal apologies.