The latest DLC for the open-world epic video game “Dragon Age: Inquisition” titled ‘Spoils of the Avvar’ was released last week and with it comes new personalization elements to gamers as they go on with their quest and exploration of the fantasy world.

The DLC pack also includes the Avvaf Mount Pack which also contains five different beasts to ride across Thedas, details Youth Health Mag. It also comes with two sets of unique armor as loot and schematics to give the gamer an instant advantage against his opponents.

The good news for gamers is that the new DLC will only cost $5 making it quite a bargain for those who are looking for a new challenge and update on “Dragon Age: Inquisition.”

There are also reports that BioWare will release a patch 8 to the game soon, whose beta testing is reportedly already being handed out to gamers worldwide.

The developer refuses to reveal any detail on what the new patch contains but it is likely to meant to give gamers a new round of excitement on “Dragon Age: Inquisition.”

“Dragon Age: Inquisition” is regarded as the best role-playing video game for 2014. In a report early this year, game critics believe that the video game developed by BioWare is a hands-down winner because of its massive adventure, masterful storytelling, rich and vibrant fantasy worlds, and superb animation.

The report added that “Dragon Age: Inquisition” has certainly raised the bar of role-playing game excellence to new levels in the gaming industry.

The game is the third installment to the very successful Dragon Age franchise, coming in as sequel to “Dragon Age: Origins” and “Dragon Age II.”

Prior to its official roll out in November 18 last year, the video game is one of the most anticipated by gamers and enthusiasts the world over.

An official gameplay trailer was launched the day before the game was released and many gamers and reviewers alike dubbed it as the most epic video game launch trailer ever, with the aesthetics equalled only by “Games of Thrones.”

“Dragon Age: Inquisition” is an open-world epic so the physical space that players have to explore during gameplay is quite overwhelming and breath-taking as well.

With the vast environment that players can traverse and the rich background stories of every place in the adventure, the in-game world is quite big. What’s more, all these settings have bearings in the world’s current events so there are also political overtures that BioWare incorporated to the premise of the game. 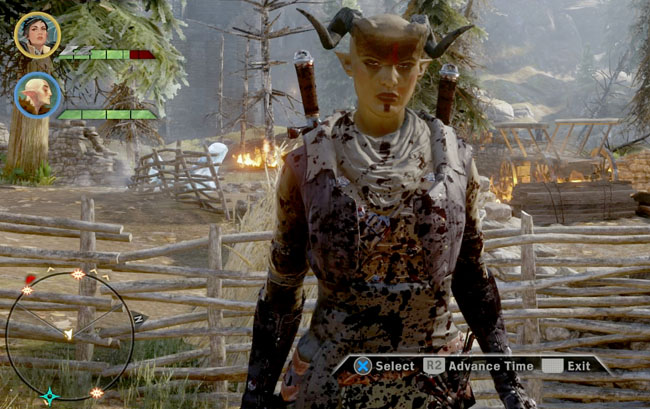 Every setting is a visual marvel as well, a sight to behold for gamers. From snow-covered hills, sea-soaked shores, mountainous terrains, rural plains, to vast deserts, the locations are all quite the spectacle.