It’s official, Kate Upton is off the market and is on her way to becoming Mrs. Verlander soon!

The 23-year-old supermodel took to the red carpet at the recently held MET Gala to make the announcement that she’s engaged to her long-time beau, Justin Verlander.

The “No Other Woman” actress debuted her engagement ring during the star-studded event in New York City. Early photos from the event have Upton in a full-length silver evening gown, but all eyes were on the ring she was wearing on her left finger.

The model-turned-actress came all by herself to the annual event as her fiancée was preparing for a three-game series in Cleveland for the ongoing baseball season.

The starting pitcher has had two offseasons because of his injuries and age, yet it is believed he’s finally fully healthy this season and ready to be a star player once again.

She admits that they have been keeping it on the down-low for a while now. The Sports Illustrated cover girl went on saying that she’s excited to finally be able to share the news to the world.

Upton and Verlander have been dating for more than three years now. When asked for a date of the wedding, the Bobbi Brown campaign model admits that they haven’t set a date yet.

Upton says she’s in no hurry to walk down the aisle and that they’re still enjoying the engagement period.

During the 2016 MET Gala, Kate admits that the ring was designed by her fiancée. Back in March, Upton said that three years as a couple seems like forever in Hollywood.

The pair met a few years ago while filming a video game commercial and have been dating on-and-off since 2013. They initially kept their relationship a secret especially through social media but revealed it to the public afterward.

The “Tower Heist” actress says that the secret to their relationship is that they always work on their communication. They’re very open with another and they’re each other’s best friends.

Justin, on the other hand, told Forbes Magazine that unlike other celebrity couples, he and Kate maintain a normal relationship and they like to keep things private as they see themselves as normal people which he says is a major factor why their relationship works.

The couple has a lot of things in common, including their love of animals. Kate recalls that she and Justin both love dogs but the athlete has placed a three-dog limit on her.

Last year, the couple were in hot waters as they took a break from their relationship. Their break-up was reportedly due to Kate saying no to Justin’s marriage proposal.

The baseball pro reportedly popped the question multiple times but the blonde beauty reportedly said no because she wasn’t ready yet to become a wife and a mother.

Apparently, Verlander already wants to settle down and have a family with Kate but the 23-year-old model is still focused on her career and still wants to achieve more things in life. 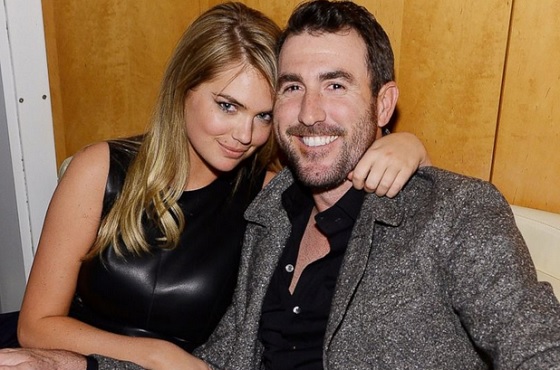 It was believed that their age gap was a major factor in their most recent break-up. In fact, the break-up wasn’t confirmed by neither party but they weren’t seen all summer long last year and Kate hasn’t posted a photo of her and her beau on Instagram for quite a while.

Earlier this year, the two were spotted dining out together fueling rumors that they have gotten back together. It was then confirmed that they did rekindle their romance earlier this year and have been spotted together since.