Justin Bieber should be directing his hatred to One Direction instead of the Australian rock band 5 Seconds of Summer (5SOS) because Niall Horan is now dating his ex-girlfriend Selena Gomez.

But apparently, the Biebs abhors 5SOS because they crashed his 2015 American Music Awards (AMA) after event party at The Nice Guy restaurant in Los Angeles, California late in November.

It was actually Michael Clifford who revealed in a recent interview that Justin Bieber hates them because they came to his AMA after party uninvited, details the Hollywood Life.

It was also during the party that Kourtney Kardashian was seen having some make-out session with the “What Do You Mean” singer that rumors began about their relationship.

In an interview with a magazine, Michael Clifford revealed that 5SOS actually went first to Nick Jonas AMA after party. But they still decided to have some fun after, so they went to Justin’s lavish affair.

Although there were plenty of people at the event, the 5SOS coming to the event did not go unnoticed by Justin, which is the reason why he hates the Australian rock band for their shenanigans. The members of 5SOS may have drawn so much attention during their arrival that had the Biebs really infuriated.

Clifford also describes Justin’s bash as insane as there were people standing on tables. He also said that the music on Justin’s new album titled “Purpose” was on loop for like two to three hours during the party.

But that is just fine since the tracks on the fourth studio album of the “Sorry” singer has been topping the charts since its official release on November 13 so there was no harm in really showing it off.

For a while, there have been reports that Justin hates the 5SOS because Luke Hemmings publicly came out to say that he has a crush on Selena Gomez.

But more than saying that he has a crush on Selena, Luke actually went the extra mile by writing her love poems and building a shrine dedicated to her in his kitchen. Those passionate efforts got to the knowledge of The Biebs that heightened his hate of Luke.

Meanwhile, the 21-year-old “I’ll Show You” singer has shared a festive flashback picture of himself on Instagram when he was still a child in what seems to be a Christmas photo, reports the Daily Mail.

Justin was seen wearing a pop pixie look in the photo and he seemed to be having a great time as he spent some quality time with a friend during the Holidays in Canada.

He even tagged his childhood friend turned adult sidekick Adam Hais on his Instagram post and captioning it with ‘Me and Hollywood Adam as youngins.’

Justin Bieber has evolved to become a very popular and rich pop superstar and his estimated worth is now about $200 million. It is a far cry from his childhood days when he was raised by his single mother Pattie Mallette in a low-income housing over at Ontario, Canada.

The development must have thrilled both of their fans and some must have shrieked themselves out to their hearts’ content. 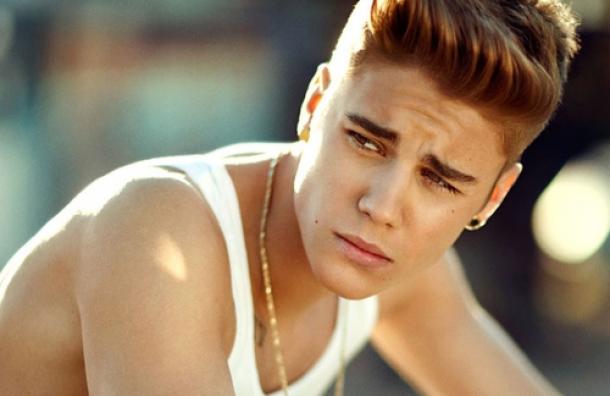 On November 20, Justin and Selena were spotted together at the Montage hotel bar in Beverly Hills where the “What Do You Mean” singer was captured on video serenading the “Good For You” songstress.

The photos and videos of the two were immediately posted on social media, prompting commenters to say that Justin and Selena are back together as a couple. It was actually Instagram user Lindsey Cavanaugh who posted the 15-second video of Justin serenading Selena with the song “My Girl” by the Temptations. Selena was seen happily listening and looking on Justin in a chair close by.