If Oscar-winning actress Jennifer Lawrence will have her way, she wants another “The Hunger Games” movie after the fourth “The Hunger Games: Mockingjay Part 2” is shown in November this year.

It seems however the producers of the science-fiction adventure movie series based on the adventure novels written by American author Suzanne Collins are amenable to the idea of Jennifer Lawrence.

Rumors are rife that the next “The Hunger Games” movie or movies could focus on the relationship of female heroine Katniss and Gale, while Peeta may continue to play the spoiler.

Gale is being played by Liam Hemsworth, who is real-life best friend of Jennifer. While there have been rumors linking them before the showing of “The Hunger Games: Mockingjay Part 1” in November last year, it turned out that it was not true at all. Jennifer actually helped Liam get over his blowout breakup with pop singer Miley Cyrus.

The two were just working to build the hype for the movie. Now, everybody knows that Jennifer Lawrence is dating Coldplay frontman Chris Martin, the former husband of Gwyneth Paltrow.

Their relationship is said to be going to the level of serious and they are just waiting for the formal divorce of the marriage of Chris and Gwyneth before they tie the knot in the not-so-distant future.

Jennifer Lawrence says that she just loves that Katniss and Gale have such a rich history together, which was never fully explored in the last three films of the series including the upcoming “The Hunger Games: Mockingjay Part 2,” reports KdramaStars.

She said that the series has always been about Katniss and Peeta. But there are just too many complexities to Katniss and Gale because it was already there before Katniss entered the Hunger Games in the first movie.

Jennifer said that Gale is the only person who really understood and know Katniss because they grew up together.

The 24-year-old actress also said that filming of “The Hunger Games” movie series has made her extremely close with her co-stars Liam Hemsworth and Josh Hutcherson.

For his part, Liam Hemsworth says that he is always thankful to Jennifer Lawrence for always being there for him when his love life was in the doldrums, immediately after his split with Miley Cyrus.

He said that Jen helped him laugh during his unhappy moments and enabled him to forget his problems back then.

Liam also said that he finds Jen very honest so they can laugh all day long about everything around them. He also attributed that he was able to get to the position where he is now because of Jennifer. 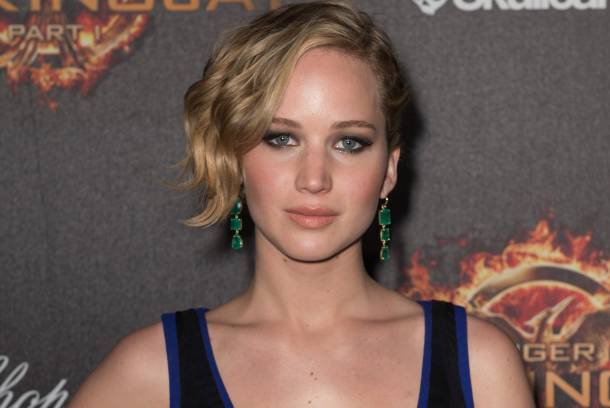 He admits that he is happier now, more comfortable with himself than ever before. He said that he is just happy that when he went into the path where he nearly forgot about himself, Jen was there for him.