For years, Forbes has been keeping track of who the richest people in the world are and even though it does not happen that often, actors do make the list when they have huge years at the box office. One of those actors that made this list this year was Jackie Chan and according to that list, he is the second highest paid actor in the world. The Forbes rich list only has Robert Downey, Jr ahead of him at this point.

Even though Jackie Chan has not been in a film released in the United States for more than five years, he is still staying busy overseas with his latest film bringing in more than one hundred twenty million in China. That film, called Dragonblade, has yet to be released in the United States, but when it is, the odds are pretty good it will do very well at the box office. The film features Jackie Chan, along with Adrian Brody and John Cusack.

The movie has already done more than one hundred million and according to sources, Jackie Chan’s cut is about ten million of that. It is obvious that when Jackie Chan is in a movie, it does pretty good, even if it is only released in China. To go along with those amazing earnings, Jackie Chan is seeing more revenue from merchandising as well. Merchandise with his image or name on it sells well and that money is just piled on top of the rest from his Segway dealership and movie theater chain that he owns.

As if the actor was not busy enough being an actor, business owner and composer, he just opened a Film and Television Academy in Wuhan a few months ago. He is opening many doors for more actors to take the same path that he has and if they want, he will also sell them a Segway. According to on report, Jackie Chan is seen as the “Mickey Mouse” of the Chinese culture and his name is known in just about any location throughout China. 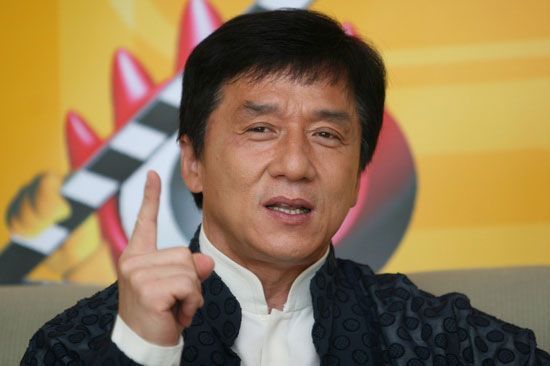 The busy actor has also been a member of the Chinese People’s Political Consultative Conference, which is an influential government board. The board is one that gives the green light to all films that are released in China so that is likely to be a good reason that he is able to release any movie there. Cinemas in China have grown more than thirty percent over the last five years bringing in more than $5 billion throughout 2014, which is another reason that Jackie Chan has decided to get into the movie theater chain business. The amount of money that is brought in through theaters in China per month is higher compared to the United States box office.