Austin Mahone’s reputation as a pop sensation got another major boost when he recently released his latest single titled “Dirty Work.” The single, which would be the carrier track for Austin’s next album, is now all over local radio, being played like crazy, reports AOL.

The 19-year-old musician says that he is proud and happy that his fans love “Dirty Work.” His excitement also spills over to the upcoming release of his debut studio album soon, although he has not disclosed a specific release date yet.

Mahone broke into the music scene in 2012 and since then, his star and popularity have been soaring to greater heights.

Most of his videos are on Vevo and can be viewed at YouTube so anyone who knows his or her music knows who Austin Mahone is. Obviously, he is more popular among the teens and the young ladies because of his striking good looks and appeal.

Back on the top 10 of the social chart

Another indication of how his latest single “Dirty Work” stirred his slumbering popularity, which seems to have slipped from late last year to early this year, Austin Mahone is now back at the No. 10 spot of the Billboard Social 50 Chart, a big jump from No. 48 last month.

With the release of “Dirty Work” however, it immediately caused a 304% increase in reactions across social media network sites including Instagram, Twitter and Vine during the week ending July 5.

Austin has also added a total of 100,000 followers on Facebook, Twitter, Instagram and Vine following the release of his “Dirty Work,” which was an increase of 8% from his following in the past week.

Austin Mahone says that he did the “Dirty Work” with Monsters and Strangers and he just wanted a more funky type of vibe. He is happy to know and realized later on that they were able to succeed in making the single how he wants it to be.

He is also proud to announce that the music video of “Dirty Work” is already in the works. Austin disclosed that he actually shot two videos already. The first one is kind of like a more black and white type of cool vibe in the street while the second one shows him in an office building with a lot of other random people who are dancing and having a good time.

It has been projected that “Dirty Work” will take Austin Mahone’s career to the next level and it seems that the projection is well on target.

Apparently, the “Lovin’ So Hard” singer is not contented with the way his music career is going so he is changing tack and putting a new mature direction on it.

In a recent interview, Mahone said that he is not satisfied with his career achievements thus far and would like to do more starting with the release of his new single “Dirty Work” very soon. 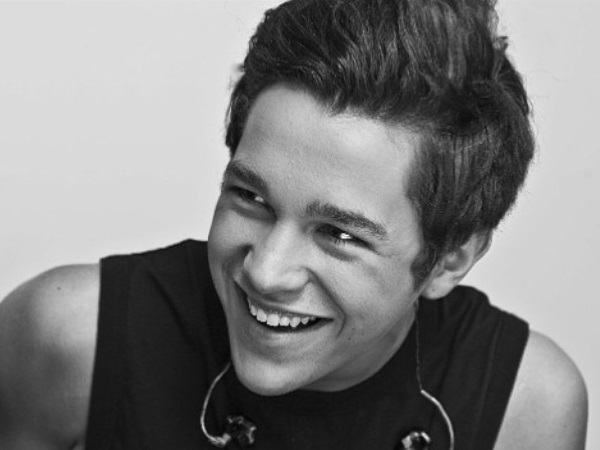 Although his career started off strong last year with the Top 10 debut of “The Secret” single and a summer concert tour that was in support of Taylor Swift, not much was heard from Austin Mahone except his flourishing romantic relationship with 18-year-old songstress Becky G.