The Indiana Pacers are reportedly not intent on re-signing backup point guard CJ Watson for the next NBA season so the team is looking for a possible replacement in the free agency market.

As it is, one of the likely point guard contenders that the Pacers may be looking at is Jeremy Lin, who should be able to fit in to the role of either a backup point guard to George Hill, or a starting point guard since he was able to do just that during his one-year stint with the Los Angeles Lakers.

Jeremy Lin could certainly fit into the system of Pacers coach Frank Vogel. And the good news for team president Larry Bird is that they do not have to pay so much money to acquire Jeremy Lin from the free agency.

Not that he had a bad performing last season, but Jeremy Lin’s one-year stint with the Lakers certainly did not measure up to the $25 million for three years contract that he got from Houston Rockets three seasons ago, which was acquired by the Lakers on the third and final year, thus giving Lin an average earning of $8.5 million a year.

The 26-year-old Harvard graduate would certainly not get that lucrative deal from the Indiana Pacers or from any other NBA team for that matter but he would surely be compensated for how much a team think he’s worth.

Although Indiana is a bit tight on salary cap space, it sure has the money to pay for Lin given the team’s projected offer for a backup point guard, and it’s definitely not anywhere near the $8.5 million contract that Jeremy Lin got accustomed to in his last three years with the NBA.

It’s not really bad numbers for an NBA player but for someone who is getting paid close to $10 million per year, any NBA team would find the performance still wanting.

Jeremy Lin knows that his value would really drop after last season with the Lakers that is why he never said that he will be looking for a team that will offer him the most money when he becomes officially a free agent this summer but he was actually looking for a team which he can finally call as his home.

Early reports also hinted that at least seven NBA teams are interested in considering taking on Jeremy Lin when he becomes a free agent. But none of those teams included the Indiana Pacers. 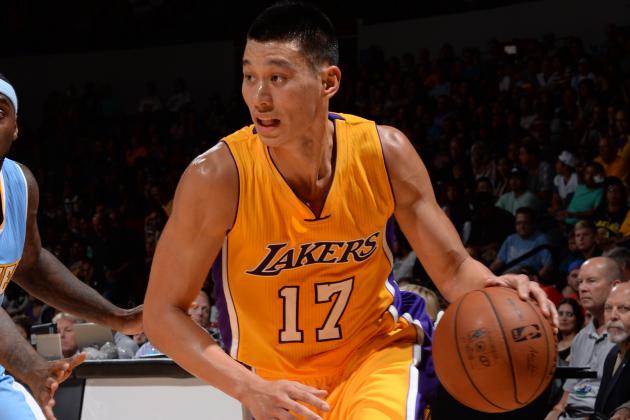 Last week, there were also reports that the Dallas Mavericks is said to be entertaining the idea of taking in Jeremy Lin as well should the team fails to re-sign prolific point guard Monta Ellis, who reportedly wants to test the lucrative waters of the free agency market.