Taiwan-based technology company HTC has released on July 6 its initial sales results for the 2nd quarter of the year and the numbers aren’t pretty. Tech Times reports that HTC, along with American mobile phone maker Motorola, had their Q2 sales figures down, while the numbers for Samsung and LG soared.

The sales results of the three-month period also reflected good figures for Android smartphones and other devices in general. This means that Android is the more favored mobile operating system compared to Apple’s iOS.

The latest data of Kantar Worldpanel Comtech Phones shows that a whopping 64.9% of all smartphone sales during the period were running on Android mobile operating system, an increment of 3% from the year-ago figure.

Second quarter can be considered as the best quarter for Korean tech giant Samsung to date as their latest offerings, Galaxy S6 and Galaxy S6 Edge, accounted for 55% sales, an increase of 3% from last quarter’s 52% sales results.

Tech Times details that the same goes for the other Korean tech company LG. The manufacturer saw its sales go twice as much compared to last year. What’s interesting for LG is that their sales growth still does not cover the numbers for the sensational LG G4, which was released only towards the end of the quarter so the company already projects a rise in their revenue growth for the third quarter.

While all is well for some Android smartphone brands, it doesn’t seem to be the case for HTC. In a report from Tech Crunch, the smartphone manufacturer says it already expected to make revenues of about $1 billion with an operating loss of $166 million more or less for the second quarter. Motorola also had a difficult time maintaining sales growth.

Chief researcher Carolina Milanesi says if the trend for HTC and Motorola will continue, other valuable competitors such as Sony and Huawei may just take their places in the market and get into the consumers mindset. This is not the first time HTC succumbed to declining sales. The company recorded its first market loss in October 2013 when its smartphones and devices then were ultimately overmatched by Samsung’s gadgets and its massive marketing strategies.

Despite its groundbreaking new features, the brand’s latest flagship smartphone, the HTC One M9, was apparently not well-received during its release in the market in April compared to other’s flagship devices.

As a result, HTC’s chief of design Jonah Becker has stepped down from his post after six long years with the company. In his Twitter account, Becker confirmed his resignation, stating it is time for a new adventure. Becker’s departure comes less than a year from former design leader Scott Croyle’s departure from the company.

Earlier this year, the smartphone company has also replaced long-time CEO Peter Chou with Chairwoman Cher Wang as their head of product development. This replacement has been the company’s biggest shake-up to date and their bold move to align better profits in the future.

Techno Buffalo reports that the Taiwanese manufacturer has since then pledge to its users and loyal consumers a revamp in their models and an ultimate overhaul with their smartphones and tablets. Although this may be a fact, it’s always easier said than done as HTC may have to double or even triple their efforts to uplift volume sales especially now that China’s Xiaomi is taking over its spot in the list of competitive brands. 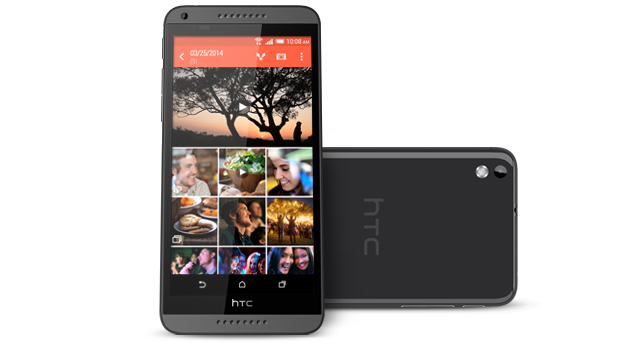 As part of their rebuilding, Yibada reports that the company’s HTC One M9 and Desire series contenders Desire Eye and Desire 816 will  be equipped with the latest Android 5.1 Lollipop firmware. The latest mobile operating system from Google became available for high-end smartphones and other gadgets of HTC on July 1.