When a TV series is admittedly being viewed by President Barrack Obama on his free time, it must be worth watching and that seems to be the mission of the show producers – to keep the excitement going for the American political thriller TV series “Homeland” when it returns for its fifth season on Showtime on October 4.

Season 5 of “Homeland” will still follow the story of Carrie Mathison but in an entirely new city, which is Berlin in Germany.

Carrie has been estranged from the CIA and is out of the intelligence business when Season 5 begins picking up from the Season 4 finale.

For the first time in the four-year history of the TV series, fans will get to see Carrie playing in an entirely domestic role with radically different obligations at home and at work, living together with her daughter Franny, notes Melty.

Season 6 and beyond assured

Showtime chief David Nevins said that he thinks the fifth season of “Homeland” will feel fresh and that he expects that the show will stay put on the network for many years to come, alluding that the series is already good as renewed for Season 6 and beyond even before the start of the fifth season.

Even though she is more on a laidback city and environment, Carrie will be eventually thrown into her usual role as Berlin happens to be the center for dissidence. Show producer Alex Gansa said that the new location is the center for the surveillance refuseniks. That is where hacktivists go because German privacy laws are so strict that it’s really difficult to put people under surveillance.

While plot details for “Homeland” Season 5 remain sketchy, speculations going around indicate that it could feature an argument between Carrie and Saul Berenson, played by Mandy Patinkin.

Carrie shall also cross path with German actor Alexander Fehling, who shall play her love interest for Season 5. Fehling will take on the role of Jonas Happich, a lawyer who will be dating the former CIA agent.

Also joining the cast is Miranda Otto who shall be portraying CIA’s current Berlin Chief of Station, directly working under Saul. There have been reports that Carrie’s other tasks will include trying to take the helm in uptight relations between the US and Vladimir Putin’s Russia.

The show has definitely undergone major changes after the departure of series regular Damien Lewis, who is playing the character Nicholas Brody.

Series’ main trio will be back

Aside from Carrie and Saul, Peter Quinn, played by Rupert Friend, will also be back for Season 5 of “Homeland,” thus ensuring the fan-favorite trio characters will return.

Amid the sticky situation that he got himself into in Syria during the Season 4 finale, Peter Quinn has obviously managed to escape and judging by his German-looking surrounding in one of the series’ trailers, he shall also be joining Carrie in Berlin.

After their passionate kiss at the funeral of Carrie’s father in Season 4, fans would really like to see Carrie and Peter together. But it is likely to be a short-lived romantic tryst given her record with men.

From its Middle East setting in Season 4, the fifth season of “Homeland” has moved and filmed entirely in Berlin, Germany. 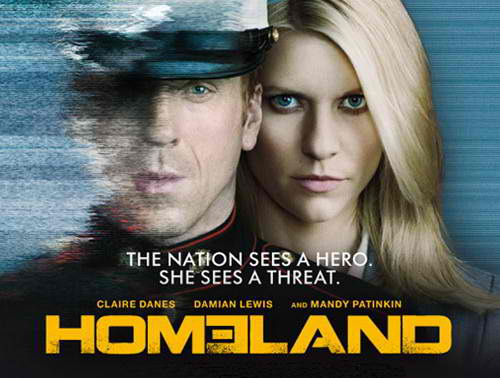 Thus, “Homeland” will go down in history as the first American TV series to shoot a full season in Germany.

The series has received some criticisms for its Season 4 because it focused too much on its Middle East storylines which were rather touchy issues considering the present state of relationship of the US and some Middle Eastern countries and also in light of the sporadic ISIS attacks on US allies in the region.