There have been previous rumors that the sixth installment of the open-world action-adventure “Grand Theft Auto” video game franchise will have the entire US for its gameplay map.

While it is certainly possible to do that considering the capability of game developer Rockstar Games, it seems rather absurd if that would be the case since that would be a massive map and players would do a lot of traveling in between heists or running after criminal elements.

Critics are actually asking if the report is accurate about the massive US map, what would gamers do while on travel from one state to the next. They were actually insinuating that if that was to be the case, there would be some downtime or lull when “GTA 6” finally comes out in the Xbox One, the PlayStation 4, and the PC a few years down the road.

Latest rumors seem to clarify about the massive gameplay map for “GTA 6.” One Reddit user said that the upcoming “GTA” game will have a pretty unique map because it will have all the GTA maps combined into one consistent world map, notes Crossmap.

San Andreas is going to be seen in the southwest area and Las Venturas will be in San Andreas territory while San Fiero will be taking the place of San Francisco near the north of San Andreas.

Another Reddit user seems to have confirmed the leak when he also said that the gameplay map of “GTA 6” will have all the other maps of all the ‘GTA’ games in the past.

While Rockstar has yet to confirm these leaks from obviously keen “GTA” gamers, the idea really makes sense when compared to having the entire US for the game’s map.

Starting on the maps first

The latest leaks or rumors about the “GTA 6” appears to be standing on a good leg since Leslie Benzies, chief of Rockstar Games, said that the development team will focus first on the creation of the working gameplay map before going into the details of the storyline and missions.

While the developer has yet to officially confirm the arrival of a female character in “GTA 6,” speculations have been pretty consistent that there will be at least one when the game finally comes out to the gaming platform a few years down the road.

The rumors are pretty consistent that Eva Mendez will be the voice actor for the female lead. Those speculations actually gave birth to rumors that Eva’s romantic partner Ryan Gosling will also join the game as a voice actor, notes the Day Herald.

The latest update to the “GTA Online” has actually given players the capability to change the gender or sex of their playable character from male to female and vice versa, it becomes clear that a female character is now very much possible for “GTA 6.”

Gosling’s participation on “GTA 6” will usher the developer’s plan to meld the “GTA” series with the company’s other mega successful video game franchise “Red Dead Redemption.” 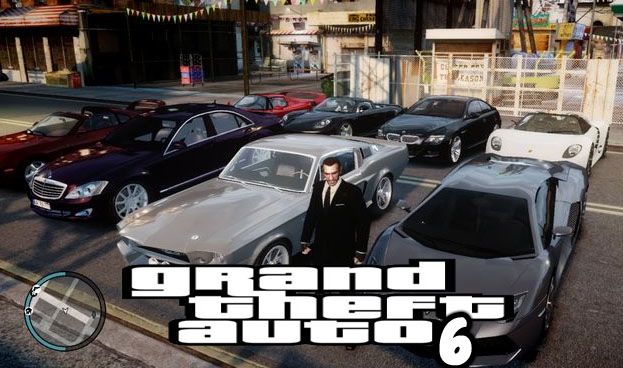 The actor’s character shall reportedly play a descendant of John Marston, the protagonist in “Red Dead Redemption.” Gosling’s character will be based on his role in the 2011 crime movie drama called “Drive” where he showed his acting prowess as a criminal.

Option to choose a character

However, one of the interesting rumors going around these days is that game developer Rockstar Games will introduce a novel feature to “GTA 6” that would enable gamers to choose a cop character instead of being one of the bad guys, which has always been the case for players of the game.