From a previously-reported October 2015 release date, the GoPro Hero 5 rollout was moved to December 2015 supposedly in order for the American camcorder company to capitalize on the great consumer spending during the Holidays.

Unfortunately, 2015 drew to a close with no sight of the GoPro Hero 5. It was then reported that the release date has been moved to an indefinite time in 2016 in order to allow the company to incorporate more features and make it the best videographic equipment when it finally comes out of the retail markets.

Last week, GoPro officially came out to state that it would be formally launching its Hero 5 action camera in October this year, which gave it more than enough time to do whatever finetuning it is planning to make the device really stand out when it comes out of the market.

From a business perspective, the delay in the launching of the GoPro Hero 5 last year has terribly hurt the stocks of the American company and not even the Hero 4 Session and Hero LCD released early in the second half of 2015 were able to offset the downward trend in its share prices.

According to LearnBonds, the poor decision-making by the firm’s management, particularly on the release date of the Hero 5, has eroded investor confidence in GoPro, which resulted to shares of the company plummeting down by 62.73% in the last three-month period.

Also, part of the not-so-good decision by the company was the pricing of the Hero 4 Session at $399.99 during its launch that made it quite prohibitive. The stiff pricing resulted in poor sales for the device. That left GoPro with no choice but to slash the price of the device and is now down to $199.99.

As a result of poor sales, the company announced on January 15 that it would be making job cuts brought about by lower-than expected fourth quarter 2015 revenues, admitting that the pricing decision did hurt the company.

It was also confounded by a flurry of class-action lawsuits lodged against the company by several securities-litigation firms alleging that GoPro provided false and misleading financial statements to its investors.

It is expected that the Hero 5 would help turn things around for GoPro but then the company would need to wait for a good nine months more to see if they could win back investor confidence and put them out of the red and making money again.

Contrary to speculations that it is not doing well financially, GoPro said that the company’s earnings are doing fine and that they just needed to streamline the business in order to make it more palatable to investors.

Despite poor sales last year GoPro claims that it has, at least, $500 million in cash and it has no payables, which means that its financial situation is not as bad as others may think, notes the Gospel Herald.

It added that despite what its stock and share prices are indicating, the company is doing just fine and that it expects a turnaround within the year, especially with the launch of the Hero 5.

However, there are also reports saying why GoPro has delayed the rollout of the Hero 5 to October this year because the company is prioritizing the launching of its first drone called the Karma. 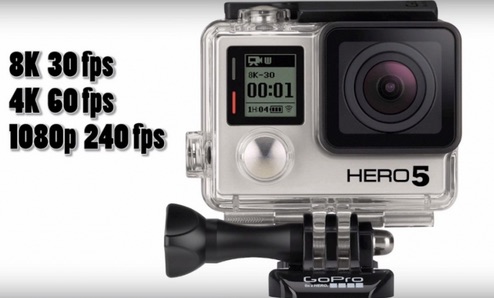 After its sales debacle last year, GoPro is now being very careful with how it prices its product offerings and studying very well market trends, which is why it is playing it smart with the upcoming releases of the Karma and the Hero 5.

GoPro is confident that the Hero 5 being smaller and lighter than its predecessor, the Hero 4, gives the action camera an edge over its would-be competitors.