With less than seven months to go before its official showing on December 18, 2015, “Star Wars: The Force Awakens” seems to be generating so much speculations from fans.

After the movie’s latest trailer was shown during the Star Wars Celebration fan convention held at Los Angeles, California last month, movie fanatics and kibitzers have been talking and theorizing about the new characters in the seventh installment of the “Star Wars” saga.

There is hardly an explanation needed for the returning characters like Luke Skywalker, Han Solo, Princess Leia, Chewbacca, C3P0, or R2D2 but there are certainly queries on newbie characters played by actors Oscar Isaac, Daisy Ridley, and John Boyega.

The Week of UK recently focused on the character of British actress Daisy Ridley named Rey in “Star Wars: The Force Awakens” following the star’s recent interview with Japanese television.

When she was asked about the role of family in the “Star Wars” movie series, Ridley was quoted as saying that she is not really sure how much information she can divulge because her character Rey is solitary. She said that if she talks further about her character, she might give a big clue to what or who she is.

Immediately after her comment during the interview, Ridley and Lucasfilm president Kathleen Kennedy simply laugh at the fact that the British actress did not say anything too revealing.

However, one website assumes that both Kennedy and Ridley appear to have hinted the fact that Rey is possibly a Solo, somehow confirming rumors that have been circulating online that she is the daughter of Han Solo and Princess Leia, two principal characters who fell in love with each other during the original trilogy.

Lawrence Kasdan, writer of “The Empire Strikes Back” who has returned to write “Star Wars: The Force Awakens,” was also asked the same question about the role of family in the movie franchise.

He revealed that he was actually the first to come up with one of the most famous family plot twists in cinematic history when he devised the relationship between Luke Skywalker and Darth Vader based on what George Lucas told him during an off-hand remark.

Kasdan also disclosed that “Star Wars: The Force Awakens” will not be too long and a bloated blockbuster film like many movies of late which most fans have found to be overbearing eventually. 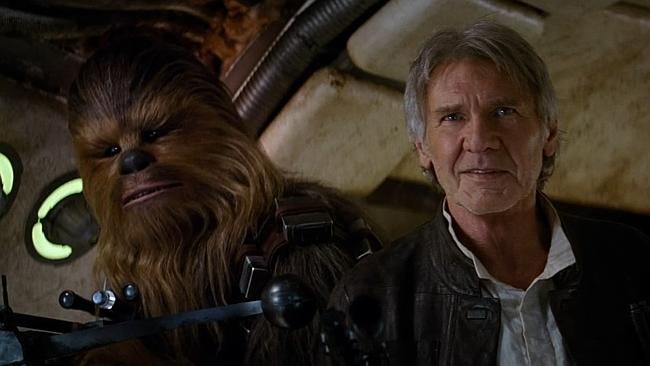 But he said that “Star Wars: The Force Awakens” is a big movie that is full of wonderful stuff, incident, character stuff, jokes, and effects. He also lauded JJ Abrams for directing the film beautifully.