One of the downsides of buying a carrier-locked phone, at least when it comes to Android, is that users get no guarantee that they’ll have access to the most recent version of the operating system. And with most device/carrier combinations, Android users are perpetually left a few versions behind. Samsung’s phones are notorious for this when it comes to their carrier-branded versions, but now owners of the Galaxy Note 3 and Galaxy S5 are in for some good news – they might not be getting Android 5.0 yet, but Android 4.4.4 is already rolling out to these devices on specific carriers.

On the AT&T side, the Galaxy Note 3 has finally been cleared for the update, and devices are already receiving it. The new update comes with all expected features of the OS, and AT&T have decided to not cut access to anything – including Kids Mode, Safety Assistance, Camera Enhancement and more. The interface speed has been improved significantly as well, and the operating system is much smoother and faster when navigating through its menus. In addition, there have been significant improvements to the security platform. Android is a very open operating system, including with regards to its internal software policies, but this has been seen as a disadvantage by some, as it allows for malicious software to cause great harm, requiring additional security measures.

Sprint owners of a Galaxy S5 should also be getting the update already, although the carrier stated that they’re releasing the update in stages, not simultaneously across all users. Those who own a Galaxy S5 and don’t see the update in their system settings yet should just wait – it’s likely that their batch just hasn’t been rolled out yet. Forcing the update search to refresh, and restarting the device, will not change the state of its availability.

It should be noted that the new update is quite large in terms of filesize – it’s just under half a gigabyte, so users should connect their phones to Wi-Fi and plug in the charger, as this update will take a while. All of the improvements it brings definitely make it worth the wait though, especially the new security features that Google have been working on. 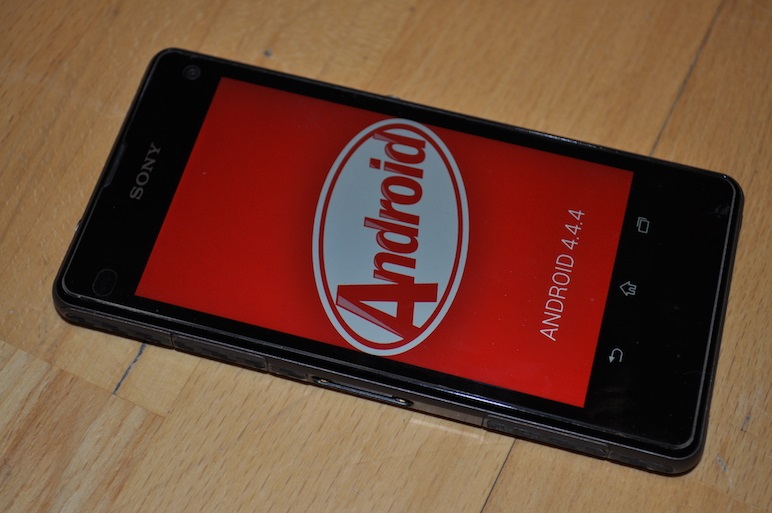 There’s still no word on the availability of Android 5.0 “Lollipop” for these devices, and if previous trends are to be of any indication, it will likely be a while before this update is made available. The latest version of Android has already been released on the flagship devices for the operating system, but both AT&T and Sprint have been quiet about their plans for the 5.0 update for their own users.