The credibility of a lot of tech and gadgets websites, who claim to be authorities when it comes to information about modern-day tech devices, were actually burned to the ground during Apple’s March 21 “Let Us Loop You In” event held near its headquarters in Cupertino, California.

Most of these internet sites projected that the American tech giant would launch four devices during its March 21 event and the main highlight would be the Apple Watch 2 since March also happened to be the exact one year after the company released the Apple Watch in 2015.

But as it turned out, the Apple Watch 2 was a no-show, disintegrating the reputation of the so-called credible techie websites.

Another major bummer that those sites got from Apple resulting to double-whammy is the absence of the 2016 Apple MacBook Air during the “Let Us Loop You In” event. The only thing that really happened based on previous reports is the launching of the 4-inch iPhone known as the iPhone SE.

But it seems that those very same sites that claimed that Apple Watch 2 will be the main attraction on the American tech giant’s March 21 event are now the same sites claiming that the latest iteration to the company’s smartwatch will now come out in September and shall join the launching of the iPhone 7.

But there are also some who are saying that it could also come out in the upcoming World Wide Developers Conference (WWDC) 2016 of Apple to be held in June as if to play it safe this time around.

Reports have it that Apple Watch 2 shall feature major innovations and upgrades vis-à-vis the Apple Watch and these include Siri, apps and fitness tracking upgrades, more sensors, and better waterproof guarantees, notes Tech Radar.

Instead of making announcements to the Apple Watch 2, Apple simply announced that the current smart wearable now has additional new bands to choose from.

There are reports going around that the price of Apple Watch has started dropping in March which gives credence to the possibility that the Apple Watch 2 is just around the corner.

From a starting price of $349, the Apple Watch can now be purchased at $249 in some retail stores. However, the gold Apple Watch Edition is still valued at $17,000 and its price is unlikely to go down regardless of the advent of the Apple Watch 2.

According to rumors, the OS 3 would allow the smartwatch user to do more things with the wearable without having to be paired with an iPhone. That would become possible with a new wireless chipset that would allow basic communication tasks to be handled without the need for an iPhone.

The technology shall also mean that lost Apple Watches could actually be found using Wi-Fi triangulation. 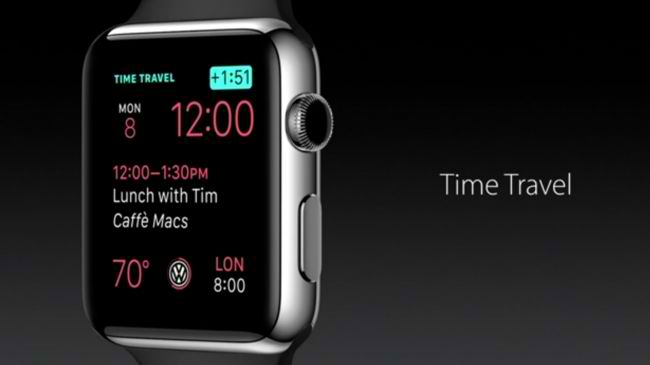 In addition, there are also reports that the Apple Watch 2 shall have a video camera to allow users to make and receive video FaceTime calls rather than just audio ones.

There is a possibility that new models could be launched too other than the standard, the sport, and the (gold) Edition versions. The difference would most likely be on the type of materials that Apple will be using on the Apple Watch 2 that could possibly include titanium, platinum, or even liquid metal.