MacWorld has reported that speculations and anticipation about Apple’s next device, the much talked about Apple iPhone 7 are already on. Unlike the previous models, Apple will call the iDevice iPhone 7 instead of iPhone 6S. Apple feels that adding the “S’ is not required on the device. There are speculations that the flagship device might also be called iPhone Air.

The tech giant seems to be taking in inspiration from their rival, Samsung. The new iPhone 7 is expected to have side panel display. There were reports of a patent being drawn that allowed LED screens to be wrapped around the edges as well. However, Apple is not the first company to make use of this patent because Samsung Galaxy Note Edge already has the sidewall feature.

The Samsung Galaxy Note Edge is similar to the Note 4 in all spheres except in terms of the 5.6-inch Quad HD+ bent display. Now you might ask what does the “plus” denote? It denotes the 160 rows of extra pixels that have been used on the side display.

There is much speculation that the next device from Apple, the iPhone 7, might have a sapphire glass screen, instead of Gorilla glass that has been used in the previous generation iPhone. This is a mere speculation and might not be so in reality. GT Advanced Technologies, who were Apple’s partner for sapphire, went bankrupt, and that makes the possibility of using sapphire glass highly unlikely. Also, the use of sapphire screen makes the display lose its scratch resistive power as a softer material is placed on top.

MacWorld has also announced that the iPhone 7 might have a liquid metal body. There are reports that Apple has filed for a patent to use liquid metal technology. This patent will help Apple use the material in all their iDevices.

The most interesting speculation about the future iPhone 7 is that it will be charged by a reversible lightning cable. Apple has also filed for a patent that says that it’s going to be a USB connector that is reversible. The USB cable will be equipped with a tongue that can be shaped to fit any USB port. 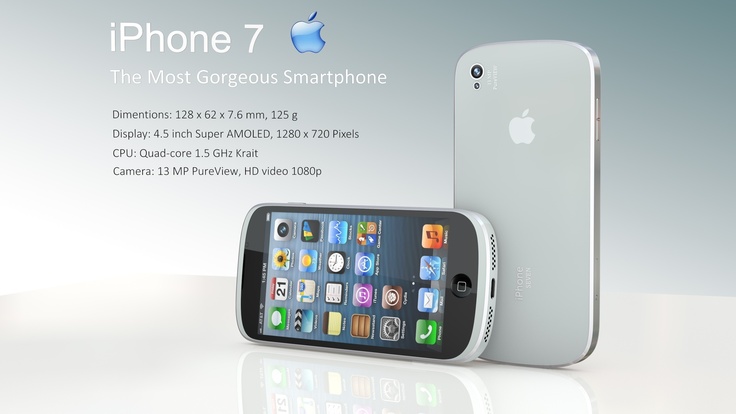 Apple doesn’t stop here when it comes to making this device an interesting one. iPhone 7 might also have a new dock with a lightning connector that is flexible. This feature is currently under development and will soon be patented.

iPhone 7 is speculated to release sometime in 2015. However, we have no official word yet.

Apple devices are always getting media attention, be it negative reviews or fan frenzy. Do you think Apple iPhone 7 will be able to live up to its buzz? Leave your comments below.