We have talked quite a bit about how Samsung has a great hold on the Android market just about anywhere you look. The devices are easy to use, affordable and have some of the finest features in all of the land. Samsung has been concentrating on the Galaxy series of smartphones and tablets of late and recently released the Samsung Galaxy S6 to consumers around the globe. In the most recent news, two of the devices from Samsung are in line for the Android 5.1.1 Update.

That update was released this week for the Samsung Galaxy S5 and the Galaxy Tab 4 for those on the AT&T network. If you have your smartphone connected to the Verizon, US Cellular or Sprint mobile networks, you will also be seeing the Android 5.1.1 Update notification very soon. Android 5.1.1 Update will be sent out to you over-the-air and that should cover the phone on all networks. T-Mobile was the first mobile network to get the update going out a few weeks ago.

Developers and consumers with the Galaxy S5 have been waiting, perhaps long enough, for this update so that apps and other features of the phone could be tested to see how they hold up in real world testing of the software. Most mobile phone updates are sent out over-the-air these days and for that reason, you might find yourself waiting a little longer to get it. In most cases, mobile networks send out the update in waves so that it can be controlled should there be a reason to halt the release.

It has been a while since an Android update was recalled or stopped due to issues with phones that installed it, but it was exactly that as the reason companies have started taking their time with the updates. Android 5.1.1 Update is part of the Lollipop software that Google released a little more than one year ago. With over-the-air updates, you will be prompted by a notification to download and install the software. The only real requirement is that you have enough space and that your battery life is around 85%. 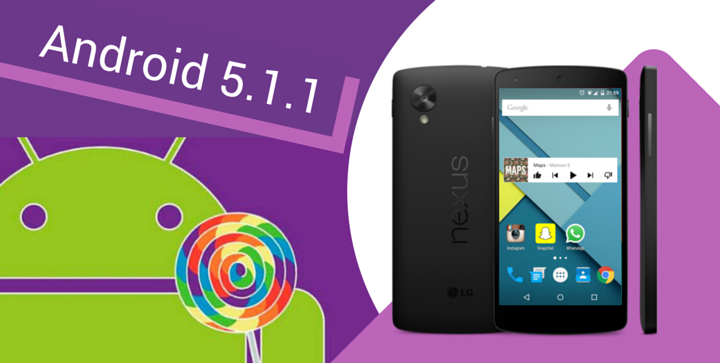 According to at least one online source the Android 5.1.1 Update comes with a few improvements over the last version and a couple of new features. The improvements are coming to the user interface, new options for your notification panel and device sharing options. As with any update that is sent out to consumers, this one also comes with a couple security updates as well. If you are wondering why it seems that the Android 5.1.1 Update was already released, that is because you might have seen it available on other devices. The list of Samsung devices is quite long, but it does include most of the popular devices.