The blockbuster sci-fi thriller “Aliens’ first shown in 1979 and had three blockbuster sequels too will be rebooted very soon and reputable sci-fi director Neil Blomkamp will be taking charge of it.

Blomkamp, who has in his sci-fi credits the recent films “District 9” and “Elysium” has reportedly signed to direct the remake of the critically-acclaimed original extra-terrestrial movie starring Sigourney Weaver back then.

It is unlikely that Weaver will be starring in the film but her character Ellen Ripley will definitely be part of the yet-untitled movie, reports News.com.au.

Reports have it that 20th Century Fox, which owns the rights to the series, and Blomkamp have come to an agreement to direct the new “Aliens” movie. But the company has yet to make an official statement regarding the agreement with Blomkamp.

The 35-year-old Blomkamp actually confirmed that he will be directing the movie reboot of “Aliens” when he posted on his Instagram account on February 19 that #Alien is to be his next official film.

Last month, Blomkamp already hinted that he is doing an alien film yet again when he posted on his Instagram account a lot of unofficial artwork concepts for a project which he referred to as “Alien Xeno.”

Blomkamp later on revealed that he was already working on the movie in secret when he made a post on his Instagram saying that he did not believe that the movie will go ahead as planned.

The “Aliens” movie series was very successful as a movie franchise that it actually resulted to three blockbuster sequels, books, comics and spin-off movies including “Alien vs. Predator,” and “Prometheus.”

Blomkamp’s “Aliens” movie will be different from the “Prometheus 2” film under 20th Century Fox as the latter would be directed by Ridley Scott.

Initial reports about the possible storyline of the “Aliens” reboot movie indicate that the film shall take place years after “Prometheus 2.”

Neil Blomkamp is a very busy director these days. He is currently promoting his new sci-fi movie titled “Chappie” starring Hugh Jackman. It’s a story about a robot named Chappie being kidnapped.

Blomkamp reveals that he has started developing the concept art for the movie reboot of “Aliens” when production on “Chappie” started to taper off.

He said that he was able to find time working on the concept arts for Alien Xeno when filming for “Chappie” was about to draw to a close, giving him the available time to work on his ideas and put it paper. 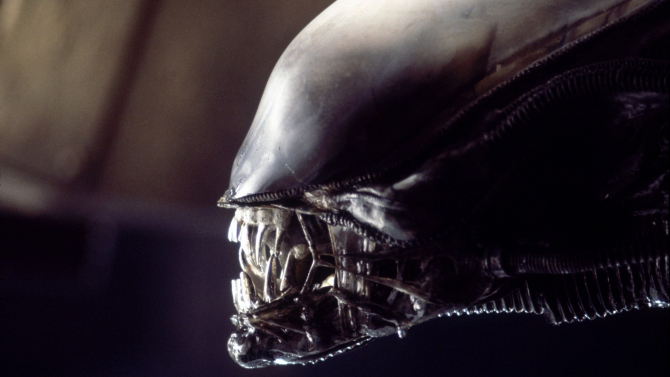 The South African-born director says that “Alien” and “Aliens” are two of his favorite sci-fi films for all-time. He wanted to make the film so badly that he came up with the story to go with his concept artworks. Blomkamp says he never officially spoke to Fox about his wishes but just learned later on that the production company wanted to reboot and make the film.