The 2016 Toyota Tacoma is rolling out in the North and South American markets very soon as the undisputed king of the hill given its sterling credentials as an off-road monster. The power pickup is set to revitalize the midsize truck segment in no time at all.

Since 1964, the Toyota Tacoma pickup truck line has sold over seven million units in the US alone, making it America’s best-selling midsize pickup for a good number of years.

The 2016 Toyota Tacoma was rebuilt inside and out as well as from the ground up. It has been equipped with an all-new powertrain and superb suspension tuning that enables it to maintain its excellent capability in off-road adventures, notes the Washington Examiner.

The all-new Tacoma is also expected to set the benchmark for performance and handling among midsize pickup trucks available in the market today. The vehicle is likely to compete head-on with other pickup trucks in the North and South American markets including the Nissan Frontier, the Chevrolet Colorado, the RAM 1500, and the Honda Ridgeline.

The all-new Tacoma is being manufactured by Toyota in its plant in the US to ensure that its design and features are suited to the needs of the American pickup enthusiasts.

The Toyota Tacoma can only be found in the North and South American markets as the Japanese carmaker is producing the Toyota Hilux outside of those two major markets.

The 2016 Toyota Tacoma has undergone a major makeover from its previous look while keeping its tradition of durability, strength and monstrosity as far as power and offroad capability are concerned.

The pickup truck draws strength from the all-new 3.5-liter Atkinson cycle V6 engine with direct injection and six-speed transmission, which is the first in the midsize pickup market. This superb power drivetrain makes the 2016 Toyota Tacoma more powerful and fuel-efficient than ever before.

Traditional pickup enthusiasts however were somehow dismayed upon learning that the Japanese carmaker has done away with the six-speed manual transmission in the Tacoma’s base model that is being powered by a 2.5-liter four-cylinder engine.

The Tacoma, as a brand, is one of the most bankable vehicle lines of Toyota in the American market. Its impressive sales performances since 1995 is a concrete indication how the Japanese carmaker sustained the constant evolution of the midsize pickup truck.

The all-new Tacoma is actually part of the second generation pickup truck models that was started in 2005. The latest edition of the Tacoma had undergone a major facelift not only in its exterior and interiors but more importantly in its engineering make and its power drivetrain.

It shall also be sporting innovative technological features including the crawl control and the multi-terrain select, which makes it ideal as an all-terrain vehicle.

Inside the cabin, the pickup is loaded with high-tech features including the Qi wireless charging, push-button start, blind spot monitor, among the usual standard infotainment accessories found in most modern vehicles today, and many others. 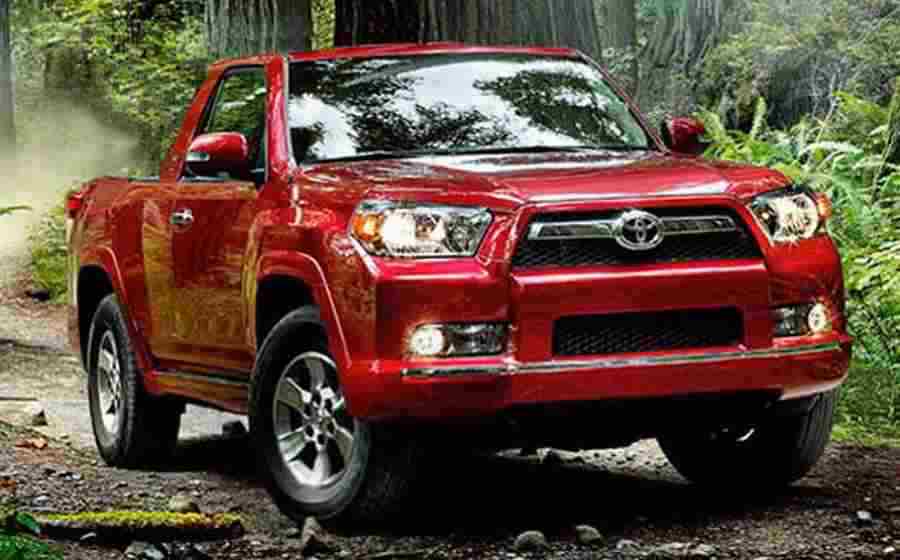 It shall also come with the standard GoPro mount which will enable the driver and its passengers to get all the adventure on video, which is not only the first in its class, but actually the first for any vehicle.