Nearly three years after unveiling the concept car for its three-wheel, fuel-efficient, and very affordable vehicle, Elio Motors is now very confident that production would finally start in 2016.

As a start-up and independent car manufacturing company, funding is the biggest stumbling block for the manufacture of the highly-anticipated Elio vehicle, which will be the most fuel-efficient vehicle ever with its remarkable fuel efficiency ratings of 84 miles per gallon or a consumption of only 2.8 liters for 100 kilometers.

While the company has already accepted 39,000 reservations for its breakthrough three-wheel car since its official launch during the Consumer Electronics Show (CES) 2014, with the consumers shelling out from $100 to $1,000 in the process, financing is still the biggest issue that CEO Paul Elio has to deal with to get the production finally going, cites Gizmag.

In a recent interview after the CES 2015 held in January this year, Paul Elio said that the company is now working on coming up with several financial strategies. He said that he is confident that Elio Motors would be able to secure the funding very soon.

When asked what was the production date that he and Elio Motors are looking at, Paul Elio said that it was still too premature to specify an exact date for the start-up of manufacturing but he is positive that it will happen in 2016. He also said that a 2015 production start-up is already very remote at this point.

One of those financial strategies that Paul Elio and his company is looking at is the disposal of surplus equipment from the former General Motors manufacturing facility in Louisiana worth several millions of dollars on e-Bay. Elio Motors is planning to use the same plant to manufacture its breakthrough vehicle.

While there has been no official statement from Paul Elio or the company about it, it is also likely that Elio Motors is looking for prospective investors or investor-partners to its breakthrough business undertaking.

Lest negotiations are jeopardized, the company wants to keep it under wraps until something concrete has been finalized.

Amid the delay in the production of the breakthrough vehicle from Elio Motors, the company has not stopped at all in further doing refinements and additions to the vehicle in an attempt to perfect it before it finally goes into production around next year.

The latest prototype version of the vehicle that was displayed at CES 2015 showed that the car has an added hatchback trunk for more storage. It also features a tablet-based infotainment system in its interior to provide entertainment, music, navigation, connectivity, as well as option control for a rearview camera.

After the introduction of the latest prototype in January, Elio Motors also unveiled last month its customized 0.9-liter three-cylinder engine prototype which officially made the company the first vehicle manufacturer to develop its own internal combustion engine after Nash Motors did it in 1951. 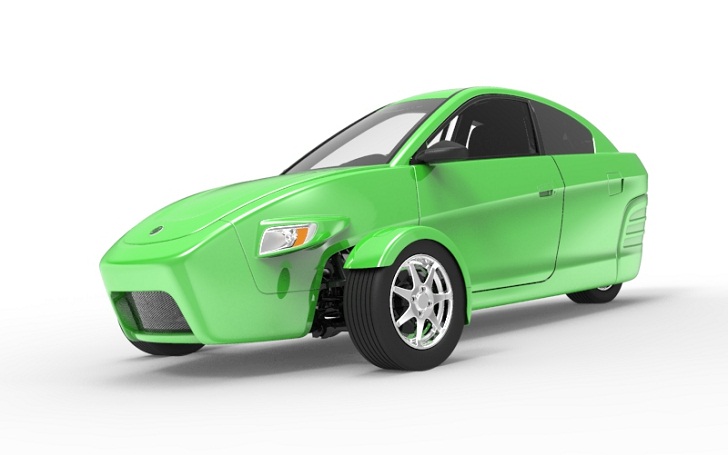 When it is released, the three-wheel Elio car will be priced at $6,800 and shall be offered in seven different color variants.