Damon has suffered a lot in the last season of “The Vampire Diaries”, and the character is apparently in for even more drama in the upcoming season 7 of the show. Previously, he had to let go of Elena Gilbert who will now be missing from the show, confirmed by actress Nina Dobrev herself who admitted that she will be departing from the series. And now, dealing with the fallout from this is likely going to be very difficult for Damon – and this is going to be a major point of the new season’s plot.

Fans may or may not like the darker side of Damon that we’re apparently going to be shown, but this is some much-needed character development that he’s needed for a while now, and it’s definitely good to see that the writers are willing to give him his much-needed moments, even when it means putting him through some serious difficulties just to get the point across.

Obviously, taking Elena out of the story is something that’s been planned for quite a while now and it wasn’t just a random move meant to stir up controversy among fans of the show. At the same time, it was seen as a bit of a questionable move as many fans apparently thought that her character could be given a lot more development and growth in the future, and that she was taken out too early.

While we can’t say if that’s true or not – nobody knows what the writers had in store for her in case they had decided to keep her around – it’s also true that Damon could benefit from some more serious character development and forcing this separation between him and Elena might have been one of the best ways to go about that.

It’s harsh, sure, but it’s also something that can definitely move the plot forward in a very exciting way, even if it’s going to result in a lot of drama for Damon for the time being. The character will eventually pull through all of this though, no doubt about that – Damon has been through some pretty difficult moments during his growth on the show, so we are certain that the writers have prepared a beautiful arc for his recovery.

He’ll be in a dark place for quite some time during the new season, and he won’t be looking for any new relationships for a while. Obviously he’ll need to properly heal first before he can move on, and this is something that will be given a lot of attention in the beginning of the new season. However, from what we’re hearing, the future episodes of the season might end up giving the character some reconciliation from his distress and the writers plan to eventually let him move on. Before we get there though, we’ll have to see him suffering from the situation and growing out of the pain, which will not be an easy sight to watch for fans of the show who love the character. 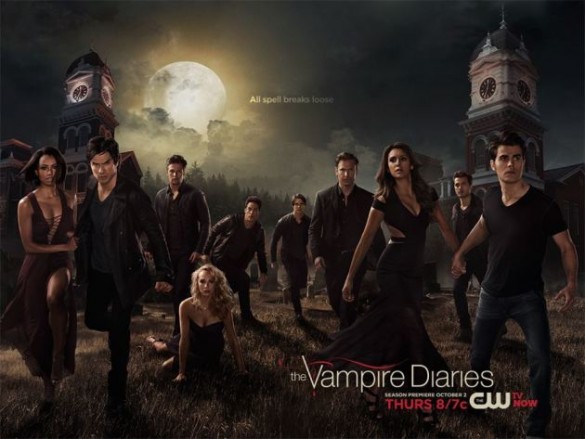 Of course, this won’t be the entire topic of season 7, as the show will also move forward in other aspects, presenting new elements to its story including some serious mystery. The characters will find themselves chased by something new that they have no idea how to deal with, and this will be a major plot element in some episodes of the new season, according to reports. The writers are apparently trying to step up the drama quite a bit.