Following the release of four films in the franchise, there are reports coming out saying that the fifth “Transformers” movie shall take on a different story arc to give something new to its loyal fans and the younger viewers.

It seems that it is the direction to be taken by “Transformers: The Last Knight” when its extended trailer came out on February 2 before Sunday’s Super Bowl 51 in Houston, Texas featuring the clash between the Atlanta Falcons and the New England Patriots. Paramount Pictures showed that the movie will actually feature the Mini Dinobots.

The Mini Dinobots teaser was likewise posted on the Transformers 5 Facebook page that garnered more than 7,000 positive reactions and 700 shares in just nine hours after it was uploaded on the social media page.

The pre-game trailer showed the profile stats of each Dinobot featuring their respective skills, abilities, and size comparisons. The Dinobots were likely featured as players vying for the “Most Valuable Player” award to attune it to the Super Bowl game.

The mini versions of Dinobots feature Grimlock, Slug, and Strafe and they are quite different compared to how they were featured in the previous film, “Transformers: Age of Extinction.”

The Mini Dinobots teaser did not show any new video footage from the actual “Transformers: The Last Knight” film but it showed a glimpse of how they are in action, fighting against the Decepticons.

They were likewise introduced in the trailer as if they were football players in a Super Bowl game.

Based on the animated series, the Dinobots are a group of robots that transform into dinosaur mode or prehistoric animals. They are always portrayed as tremendous, strong, and independent Autobots.

In “Transformers: Age of Extinction,” the Dinobots were a big help for Optimus Prime and his friends to come and defeat Megatron and the Decepticons. Their animalistic rage was used by Optimus Prime to save the earth and his human friends against the havoc Megatron and his army has been causing.

Amongst the featured Dinobots in the film were Grimlock, who was seen transforming into a Tyrannosaurus and depicted as the team leader. The way the Dinobot is portrayed indicates that it has no weakness. It is also known for its aggressiveness and very powerful too as a weapon of destruction.

The second was Slug that transformed into a herbivorous Triceratops and seen as very deadly for a frontal charge because it uses its sharp nose and metallic face to attack the enemy.

The last one was Strafe, a flying Pteranodon used by Bumblebee to defeat Megatron’s troop of Decepticons, and is ideal for aerial assaults because it can fly.

The Dinobots were given very short screen time in the previous movie to justify their characters, and fans are now hoping that Director Michael Bay would be able to amend such so that they can be featured more in “Transformers 5.”

Now that it has already been confirmed that the Dinobots will be returning to the fifth movie, it will be a question on how their mini versions will be introduced and how these characters will play out in the film.

Meanwhile, Director Michael Bay confirmed that “Transformers 5” will be his final tenure for the very successful movie franchise.

Bay recently posted a letter to his fans on his personal website telling disclosing he will be leaving the franchise after “Transformers: The Last Knight,” calling it a bittersweet goodbye and even stated that he enjoyed being part of the franchise.

He even indicated in his letter how his life changed over the past 10 years helming the movies for the “Transformers” franchise. 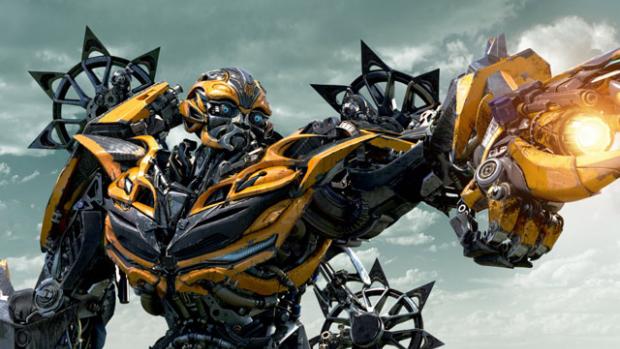 Bay also added that it was a huge task to expand the mythology from the beginning of the world throughout history, in which he applauded the writers’ room. who helped him put all the stories together. He believes that the franchise has a dream writers’ room.

The well-known director also hinted the synopsis and plot details for “Transformers: The Last Knight.”