Veteran Hollywood actor Tom Hanks is excited that he will be returning, or at least his voice, to the fourth movie of the most successful toy film franchise, “Toy Story.”

When Disney Pictures and Pixar Animation Studios decided to push back the release date of “Toy Story 4” from its June 15, 2018 playdate to June 21, 2019, Tom Hanks said that the cast and crew of the film needed time to be creative, indicating that the upcoming film will really be good and surpass the accomplishments of its predecessors.

Hanks said that the “Toy Story” movies are made in such tiny increments over long periods of time. He made the disclosure during the red carpet premiere in London of his latest movie “Sully: Miracle on the Hudson,” reports Japan Today.

The actor shall be returning to lend his voice to the role of toy cowboy Woody. He said that he can hardly wait to see what the writers have got Woody up to in “Toy Story 4.”

He recalled the time when they were doing the first three movies of the film franchise where they just go into the recording studio and there’s already a prepared text and they just go off the text and they keep experimenting with it.

Hanks also added that the producers put it through another ring of creativity and alterations.

No cause for concern

Disney director Andrew Stanton said that the push back in the release date of the movie is no cause for concern.

Stanton was coming off fresh from the success of “Finding Dory” and he said that fans have nothing to worry about with regards to possible plotline for “Toy Story 4.”

He explained that there is no big conspiracy about anything without discounting the fact that it would have been juicy. He added that they have learned over time to make films like a magnet because they want everything to eventually fall into their respective places, cites Yahoo! Movies.

Switching with ‘The Incredibles 2’

From a June 15, 2018 release date on global theaters, “Toy Story 4” will now be hitting cinemas on June 21, 2019 after Pixar Animation Studios announced on October 26 that it has pulled a switcheroo between the toy movie and “The Incredibles 2.”

“The Incredibles 2” release date has been pushed up by a year and will be taking over the previous release date of “Toy Story 4” on June 15, 2018.

Interestingly, both animated movies have their release dates entirely to themselves. With the new schedules, “The Incredibles 2” will premiere between the releases of “Transformers 6” and the sequel to “Jurassic World.” “Toy Story 4,” on the other hand, will be hitting theaters between an untitled DC Comics movie and “Transformers 7.”

“Toy Story 4” will bring back original stars Tom Hanks and Tim Allen to lend their voices to Woody and Buzz, respectively. “Toy Story 3” remains Pixar’s highest-grossing film, having made $1.1 billion globally and it would be interesting to find out if “Toy Story 4” could match if not surpassed the box-office success of its predecessor film. 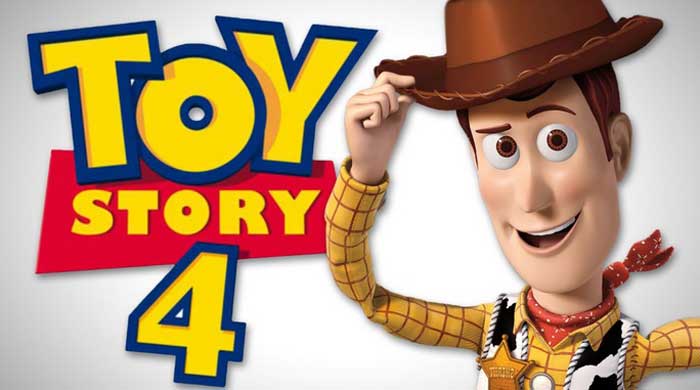 John Lasseter, the director of the original “Toy Story” and “Toy Story 2” will be directing the fourth iteration of the very successful toy movie franchise.

In a recent interview, Lasseter said that he and the production team love the “Toy Story” characters so much that they consider them as a family. He explained that they don’t want to do anything with them unless it lives up to or surpasses what has been done before.