Geralt of Rivia has just gotten himself some fresh and awesome upgrades. Game developer CD Projekt Red of the action role-playing game “The Witcher 3: Wild Hunt” announced via Twitter last week that it will introduce some new finishing animations for the popular game’s main character.

The second to the last DLC is now available for free and according to Forbes, the new finishing moves of Geralt won’t actually alter much in the game. It will just look cool and shows the series lead put an end to his foes with flair and in style.

It truly is a bewitching game as it has sold four million copies worldwide just a few weeks after its release in May. According to reports, the video game has now become the top selling title in 109 different countries all over the world. The astounding graphics of the game is responsible for its increasing sales although the first two releases were also big hits. Players have praised the visuals and detailed appearance of the Wild, capturing their interest to finish the game in the shortest possible time.

The third entry to the very popular role-playing game follows directly the events of “The Witcher 2” and gives a conclusion to the story of Geralt. After the last sequel, all of those who are pursuing Geralt are now gone and he is trying to move forward with his own life by going on a new and personal mission, even as the world is coming to a change.

In the game, players control protagonist Geralt of Rivia, a witcher in a journey to the land of Northern Kingdoms. He hopes to see his adopted daughter, Ciri, who escaped the riders of the Wild Hunt. Set in a third-person perspective, players fight through the world’s many perils using swords and magic while interacting with non-player characters.

Players usually travel by foot or by Roach, Geralt’s horse, while completing main missions and side quests. A lot of long-time players have lauded “The Witcher 3: Wild Hunt” for its clever dialogues, simple crafting, upgrade systems, and the very emotive facial expressions of game characters.

Recently, the Polish game developer added multiple tweaks and changes via Patch 1.07. The patch introduced new movement options for the characters as well as a new way to manage the inventory, making the total size of the patch a whopping 7.3 GB. Youth Health Mag claims that the  increase in the size of the patch will definitely have some effect on the game’s frame rate and will see slower loading for the PlayStation 4 and Xbox One users.

Patch 1.07 was meant to give players the best experience in playing the popular video game, but it looks like it did the opposite. It was met by a lot of complaints with player experiencing issues, bugs and, glitches after installing the latest update.

To address this, CD Projekt Red’s community manager, Marcin Momot, immediately took to Twitter and announced the decision made by the developers. Momot confirms that there won’t be any immediate fix for the glitches contained in Patch 1.07, but they are starting to work on a new patch presumably to be called Patch 1.08. 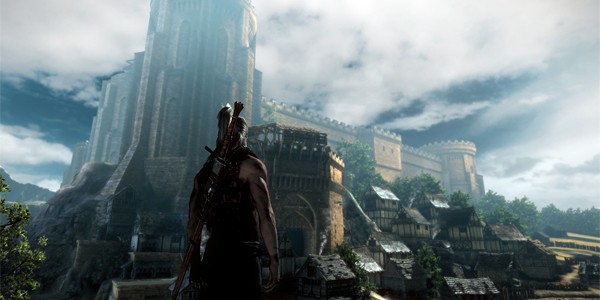 When asked by a player if the latest patch will come out this month, Momot coyly replied that it is bound to come in the near future. Additionally, the community manager says that players using PC with console cheats and mods enabled is probably the reason why they are experiencing some bugs and faults in the patch.