Before Teresa Giudice completed her 15-month prison sentence at Danbury Correctional Facility in December last year for bank-related fraud charges, there have been talks that the moment she steps out of jail, filming for Season 7 of the American reality TV series “The Real Housewives of New Jersey” shall also begin.

Nearly two months after Teresa became a free person again, filming for the long-delayed seventh season of “The Real Housewives of New Jersey” has yet to start, leading to speculations that the Bravo network may have cancelled Season 7 of the reality TV series.

However, the network has yet to make anything official about Season 7 of “The Real Housewives of New Jersey” as of this time.

But from the way Teresa Giudice and her husband Joe are planning to have a fifth baby soon or before Joe starts serving his 41-month federal prison sentence also due to fraud, it seems like the reality star knows that there would be a Season 7 of “The Real Housewives of New Jersey.”

According to a source close to the couple, Joe and Teresa have already started working on trying to conceive. They have been very intimate since Teresa got out of prison in December last year. That’s in addition to the fact that Teresa seems to be glowing right now and could possibly be pregnant already, notes the Latin Post.

A motivation to keep her status

Reports have it that getting pregnant soon is part of Teresa’s motivation to keep her place in the world of reality TV because the reality star knows that a baby would be a rating gold, especially with her who is about to be a single mother since her husband is about to serve time in prison.

The idea would also appeal to Bravo accordingly as one of the main plotlines for Season 7 of “The Real Housewives of New Jersey” so everybody will win in the process.

A new baby could also help Joe because that would prevent the authorities from seeking to deport him to his native Italy after he completes his 41-month prison sentence. Joe is set to commence his prison sentence next month according to earlier reports.

In addition to baby plans, Teresa is also working hard at the moment to promote her new prison memoir titled “Turning the Tables: From Housewife to Inmate and Back Again.”

Teresa recently showed up for a book signing in nearby Ridgewood that was filled with adoring fans, snapping cellphone photos of her.

The reality star’s house arrest was recently lifted and she has been spotted all over town at various media events. Teresa was surprised and happy to know that her fans never turned their backs on her through the ups and downs of her life including her recent crazy journey.

Meanwhile, while filming for Season 7 of “The Real Housewives of New Jersey” has yet to commence, the other reality stars of the TV series are busying themselves with other preoccupations.

Dina Manzo has recently partnered with dermatologists to create a new line of skincare products called Glow by Dina. The good news for her is that Teresa Giudice is also helping her plug the skincare line on social media, notes Reality Tea. 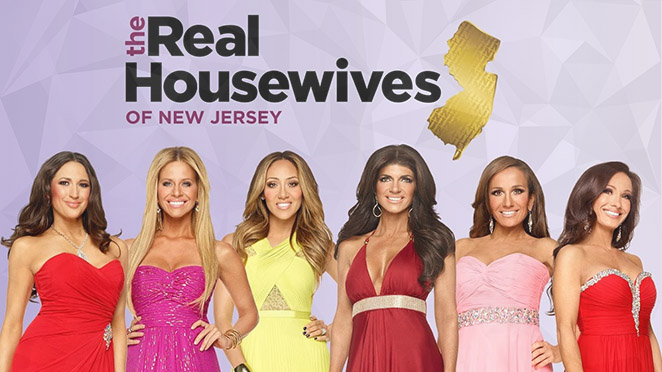 Possible reason for the filming delay

It is possible that the delay in the filming of Season 7 of “The Real Housewives of New Jersey” has something to do with the poor showing of the three-episode spinoff series which aired beginning on October 11 last year.

Titled “The Real Housewives of New Jersey: Teresa Checks In” reportedly had Bravo network officials getting worried for the special’s less-than-expected ratings.