Season 4 of the American thriller drama TV series “The Following” on Fox has been cancelled by the network shortly after airing its Season 3 finale on May 18.

As a result of the TV series being abruptly cancelled, it left some huge cliffhangers towards the end of Season 3, which shall no longer have answers considering that no other network or streaming service has picked up the show and rescue its fourth season from cancellation.

Apparently, the show’s cast members and the showrunner already have an inkling that the show will be cancelled after Season 3 but they decided to leave huge cliffhangers towards the end just the same because they are optimistic that Fox would reconsider its decision and give the show its one and final season.

That was, in fact, the reason why when fans of “The Following” started making the petition to save the show from possible cancellation, they actually included a demand or request to the network producers that the TV series be given one final season, at the very least.

This means that “The Following” would have only been good for four seasons and it is just unfortunate that it was cancelled right after its third season.

“The Following” has some of the most avid fans on the small screens primarily because of its high intensity, often emotional, and graphically violent series since it premiered in 2013.

Accordingly, the petition was created as a means to show Netflix, Hulu, and other streaming service or independent network that despite the low ratings of “The Following,” the TV series has the most passionate audience. Unfortunately, there was hardly a taker network to save the show from cancellation

It was actually Hulu who first turned down the offer to rescue “The Following” before Netflix did the same.

Fox sums it up by saying that fans of the show did not fight for “The Following” hard enough. And this was quite evident with its online petition.

The network has actually targeted to collect 250,000 fan signatures for its petition but the network only recorded 13,000 signatures which clearly indicate that the TV series has lost its luster, details Yibada.

Show’s merchandise still up for grabs

Season 4 of “The Following” on Fox starring Kevin Bacon may have been gone for good as early as May this year, but the show’s merchandise are still being marketed online.

Looking into the Facebook account of the TV series, it seems that it actually took the show almost two months before it officially ended marketing merchandise products to its fans including coffee mugs, stickers, T-shirts, caps, among others.

The last post on the Facebook page of “The Following” was dated July 3, which is about a month and a half after the show aired its final episode on May 18 and whose cancellation was announced by Fox shortly thereafter. 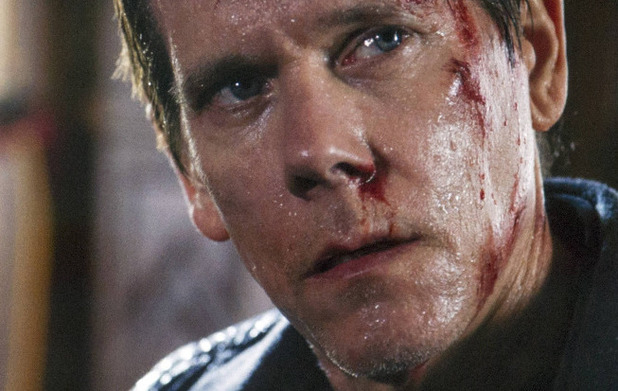 However, over at the Fox online store, other merchandise of the products are still up for grabs including Blu-Ray DVD sets, a bloody hand print rock glass, a blouse, a paper weight, a sweatshirt, poster, notebooks, and some more.

Some fans of the show can’t still get enough of “The Following” just yet as they were simply not convinced that “The Following” had to go and will not go down without a fight.