It is now confirmed that Season 3 of the American superhero drama TV series “The Flash” on The CW shall focus on the Flashpoint storyline.

During the concluding episode of Season 2 of “The Flash,” Barry Allen, played by Grant Gustin, traveled back in time to save the life of his mother. However, his trip created a time paradox where everything that has happened in Season 1 was erased, leading fans to believe that the superhero series will start on a new slate and adapt DC Comic’s Flashpoint storyline.

Actor Carlos Valdes, who plays Cisco Ramon in “The Flash,” practically confirmed the rumors when he said during an interview that there is every chance of a Flashpoint paradox in the TV series.

He said that it’s the same kind of spirit that allowed “The Flash” and other TV shows based on DC Comics to do well as they do on the small screen. He then asked fans to just trust and have faith in the showrunners and writers of “The Flash.”

A special element of Flashpoint storyline

There have been reports that the Flashpoint storyline for Season 3 of “The Flash” shall feature one particular element.

Accordingly, Barry Allen a.k.a. The Flash, shall be getting new memories in the Flashpoint storyline to match his altered universe.

He shall have new memories of graduating high school and college, which are memories he never had with his parents in the original storyline.

However, those new memories will be replacing other things from the other timeline, details Comicbook.com

It could be recalled that at the end of Season 2 of “The Flash,” Barry makes a sudden decision to travel back in time to stop the Reverse-Flash from killing his mother, the very same incident which sent his teen life into a tailspin.

The time-altering decision sets off a series of changes through the universe, forcing Barry in a very different world from the one he came from. While he will be happy at first to spend time with his previously dead but now alive mother, the negative consequences of Flashpoint will eventually catch up with Barry.

Reshaping the format of the show

From a creative perspective, the Flashpoint storyline in Season 3 of “The Flash” is actually an opportunity for the showrunners to reshape the entire format of the show, notes Screen Rant.

In a recent interview with Grant Gustin, he shared that the Flashpoint storyline is quite similar to the key plotlines of “Back to the Future” featuring fading pictures.

However in “The Flash” Season 3, it will not be a physical disappearance for Barry Allen but just his previous life experiences to be replaced with new ones, which seems strange for him.

The first trailer for “The Flash” Season 3 was officially released during the San Diego ComicCon and it showed to fans that the characters that they have come to know from the first two seasons of the TV series will be drastically altered. 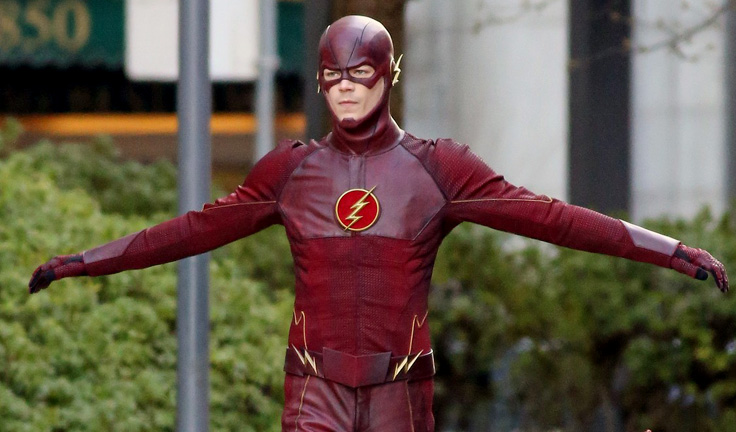 It appears that the spin that the executive producers are taking on the third season of “The Flash” could potentially expand the audience’s understanding of fictional time travel in brand new ways.

“The Flash” Season 4 will premiere on October 4 on The CW.

Meanwhile, The CW released official images of “The Flash” Season 3 on July 13 which showed that there will be new additions to the speedster club in the hit show.