Robbie Amell is confirmed to return to “The Flash” Season 3. He will be reprising his role as Ronnie Raymond and his alter-ego, Firestorm.

Amell revealed that he had his first one-on-one scene with Grant Gustin, who plays the role of Barry Allen a.k.a. The Flash, in his comeback episode on the show. He told Entertainment Weekly that he rarely had actual scenes as Ronnie Raymond with Grant Gustin.

He recalled that the only time he had to do a scene with Grant was the time when he pretended to be Martin Stein, his other half when he transforms as Firestorm. Thus, it means a lot to him to have a real scene with “The Flash” actor.

Amell’s character Firestorm holds a power of fire that throws out like a storm. His character Ronnie Raymond has to merge with Martin Stein using a magnetic device where the two can turn themselves into one powerful superhero.

The 28-year-old actor made his debut in The CW’s hit superhero series as Ronnie Raymond, a former structural engineer for Dr. Harrison Well’s STAR Labs and a fiancé of Caitlin Snow, played by Danielle Panabaker, back in Season 1.

But as a result of the particle accelerator explosion, Ronnie Raymond had to sacrifice himself in order to save his colleagues from being hurt.

He then became a metahuman whenever he merges with Professor Martin Stein played by Victor Garber. Ronnie became a walking human torch and had to leave his life alone because of the risks involved.

It was revealed later that his body was actually being controlled by Professor Stein’s brain and that they had to team up in order to control both of their physical and mental abilities and work as one.

He and Caitlin eventually got married but their union did not last long because, during the last episode of “The Flash” Season 1, Ronnie had to sacrifice himself again in order to stop the huge singularity created by Barry Allen that keeps consuming the whole Central City.

That resulted in his demise that subsequently left Caitlin distraught and only managed to move on when she met Jay Garrick.

Some 12 episodes later in “The Flash” Season 2, Amell made his cameo role as Ronnie’s evil Earth-2 doppelganger named Deathstorm, who was then serving the season’s main villain, Zoom played by Teddy Sears.

During his one-episode comeback in Season 2, he was eventually killed by Zoom upon learning his urge to kill Barry Allen with his firestorm powers which were not part of the deal he made with Zoom.

And with “The Flash” Season 3, Amell’s return will surely be one of the anticipated episodes the fans would like to see as he even teased that his character may appear as either dead or alive. He even added that he enjoyed filming his scenes with Danielle Panabaker and Grant Gustin.

Based on Amell’s statement, it seems likely that Ronnie Raymond may appear from another timeline or perhaps a flashback scene with Caitlin Snow, noting that his ex-fiance is currently unstable due to her struggles with her evil alter-ego, Killer Frost. 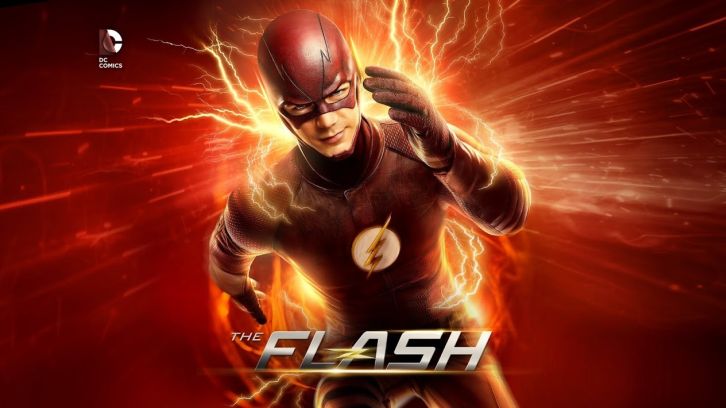 So it might be a question if his return could be the effect of Barry Allen’s plan to alter the future to save Iris West. It is possible that Barry would be messing up another timeline when he tries to seek out help from a different version of Firestorm to help Caitlin.

However, despite Amell’s revelation on his filming experiences, he still remained silent about his part in the Season 3 episode where he would appear.