The 2015 Honda Accord has been touted as the best ever Accord yet and all indications certainly point that its Japanese manufacturer was telling the truth when it made that pronouncement.

The newest line of Accord would still exude that elegance, style, and power that has been synonymous with the luxury sedan, but Honda has added plenty of safety features and techno-savvy to the vehicle making it truly a car for the future.

The Economic Times of India even included the 2015 Honda Accord in its list of best cars to set the roads on fire for the New Year.

The report also added that Japan’s attempt to roll out the luxury sedan in India despite the current shift in the market to SUVs only indicates that the Japanese manufacturer is confident that the 2015 Honda Accord would create waves and big splash, sales-wise.

Honda naturally should be optimistic because the 2015 Accord looks formidable alright. While it looks smaller than the previous Accord models, latest line has that sporty aura, sharp aerodynamic features, and to-die-for interiors that have become the hallmarks of Honda’s luxury sedan over the years.

What’s remarkable about the 2015 Honda Accord is its no-nonsense take on safety. As detailed in the Honda website, the Japanese manufacturer actually spared no efforts in ensuring that the 2015 Accord comes out as one of the safest, if not the safest luxury sedan in the market today.

Not only did Honda prioritize the safety of the passengers of the 2015 Accord, it also took into consideration how to mitigate the risk of the vehicle to pedestrians in the event of an accident.

These safety features are what actually sets apart the 2015 Honda Accord from other luxury sedans in its class. It also brings the reputation of the Japanese manufacturer when it comes to safety.

The Anti-Lock Braking System and Dual-Stage, Multi-Threshold Front Airbags, although common among most vehicles today, have both been improved by Honda on the 2015 Accord.

The 2015 Honda Accord now sports a rearview camera too, to give the driver an all-around vision of the sedan.

Some of these safety features are available in most cars today but not bundled together in one vehicle like what Honda did to the 2015 Accord. 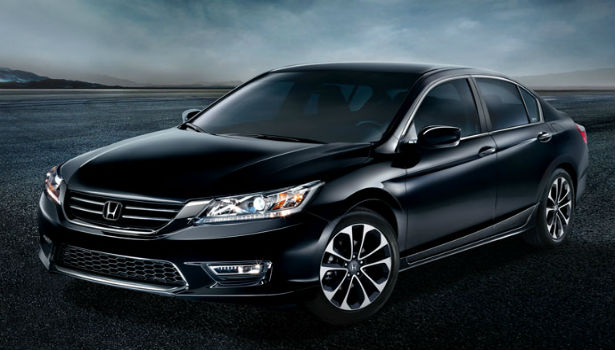 With its excellent safety features and luxurious interiors, many car enthusiasts believe that the 2015 Honda Accord is worth its price, which hovers from $22,000 and up. True enough, Kelly Blue Book’s kbb.com has named the 2015 Honda Accord as the Best Buy of 2014 in the mid-size car category.

Update: Check out the latest on the 2018 Honda Accord here.