If you think electric cars are slow and wretched creatures, you obviously haven’t seen the 2014 Tesla Model S. This vehicle is a beast on wheels that will make you forget half your life’s problems, until you look down at the dash and remember that you cannot pull up to a gas station for refueling, once you run out.

Like all things in life, the Model S has a bunch of positives and negatives. Whether or not you opt for this vehicle, is based on the perfect balance between the two. However, if you’ve purchased the Model S, rest assured that no other electric vehicle in your immediate vicinity has the panache and grunt that this brute contains.

The Model S can be the perfect urban commuter, which you can technically drive anywhere as there are no harmful emissions. Tesla has stuffed the 2014 Model S with enough battery that helps it drive well past 300 km, into the 400 km range. Hence, if you want to get from Point A to Point B in style and you want to save the planet along the way, the Model S is an obvious choice!

Tesla combines the perfect mix of performance and range and is powered by an electric engine displacing 310 kW along with 600 Nm of torque. Hence, despite the Model S weight more than a mammoth 2018 kg, the vehicle feels pretty nimble. Tesla claims that the vehicle reaches 0 – 6 MPH in less than 4.4 seconds, which cannot be said for a lot of electric cars.

The best part about electric vehicles is instantaneous torque. While most manufacturers electrically limit this ability in favor of road safety, Tesla is not afraid to play with the limitations. Their advanced network of electronic wizardry ensures that the 2014 Model S is 100% safe and despite a few near misses in the past, Tesla managed to come out even stronger than before.

While the officials have claimed a Porsche Panamera beating top speed, we are yet to test this claim on the road and a track. The official range of 400 km has been calculated keeping the average speed locked at 65 MPH. The handling potential of this vehicle is high too, which makes it all the more attractive. 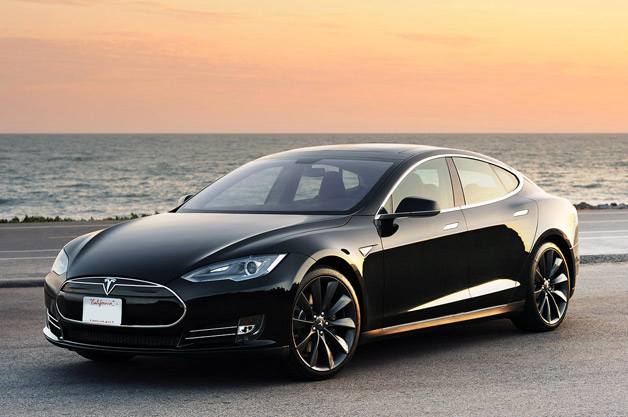 The only downside to the vehicle is its electric assist steering control, which lacks urgency. The rear end feels a bit twitchy too, and the hordes of electronic driver aids prevent having a little fun behind the wheels. The 2014 Tesla Model S features just three drive settings, namely Comfort, Standard and Sport, although, the performance is not what we had expected initially.

Stay tuned for additional news, reports and updates from the world of automobiles.