Netflix just dropped the first ever trailer for the sophomore season of its hit series “Stranger Things.” The short clip debuted during Sunday night’s Super Bowl 51 in Houston, Texas.

The best things about the teaser was that it confirmed the release date for the much-anticipated installment. The second season will premiere on October 31, just in time for Halloween.

Many fans suggest that the season will come as early as October 27 as the Halloween falls on a Tuesday and Netflix always releases on Fridays.

The first season premiered on July 15 last year for an 8-episode run. A month later, it was renewed for a second season. Executive producers, the Duffer brothers, already released the episode titles for the second season.

The clip first appeared as a commercial, but after the setting of 1984 timeline was presented, Super Bowl 51 attendees already knew that it was a teaser for the highly-anticipated show.

Fans were pleased as the teaser hinted the return of Millie Bobby Brown’s Eleven and some indications that the monster who shook the lives of Hawkins is about to meet the town on a much larger scale.

Fans will remember that during the first season, Eleven sacrificed herself to protect her friends. While everyone believed she’s already dead, the last few seconds of Season 1 saw Hopper leaving some Eggo waffles in the woods.

Brown herself has also hinted her character’s return via an Instagram post. The 12-year-old actress shared a photo and said in the caption that she’s very much excited to go back to work with her friends.

The short clip also teases what really happened to Noah Schnapp’s Will Byers. He was MIA most of the first season but found his way back home in the finale.

While everything seemed normal on his return from Upside Down, he was seen coughing up a slug-like creature just like what was in Upside Down.

The clip opens with Will standing in the foyer of his house as the door swings open and reveals the silhouette of a giant monster. Den of Geek speculates that Will could have opened a portal after coming back alive from Upside Down.

The website also notes that the marketing for the upcoming season says the world is turning Upside Down which can allude to Will being some sort of bridge between the real world and Upside Down.

It also looks like not everything will be back to normal for Will as he will probably be having more nightmares and hallucinations. The scene also cuts to Will being examined by a doctor with his parents mentioning psychosis.

If this is the case, then this aligns with the Duffer brothers stating that the season will explore the bigger mythology of Will’s disappearance.

As for the giant creature that’s bound to wreak havoc in Hawkins, many viewers have pointed out that it looks similar to the Thistle Hydra, a dragon with seven heads.

The Duffer Brothers are fans of “Dungeons & Dragons” and the game plays an important part in the show. In the teaser, a drawing of a monster with one head, one body, and four legs with eight different feet appears. 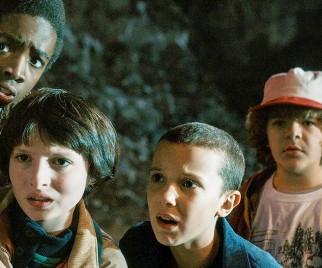 It also looks like the monster is about to let every resident meet himself. Executive producers state that only a few people were looped in on the events of the first season, but the upcoming season looks like most of the residents of Hawkins will be involved.

The teaser also uses quotes from films such as “Close Encounters of the Third Kind” and “ET: The Extraterrestrial,” which makes many fans wonder if Upside Down will be the front and center of Season 2.