Fans are going to witness a cutthroat duel between Kerry Washington’s Olivia Pope and Darby Stanchfield’s Abby Whelan on the upcoming episode of “Scandal” Season 5.

In the episode entitled “Buckle Up,” Olivia and Abby go head-to-head as they attempt to put their presidential bets at the forefront and keep them there until elections.

Melty reports that the two will wrestle for the Florida governor’s endorsement and will do literally everything to get that support, thus causing a warfare.

Mellie or Susan earning the stamp of Florida’s governor will definitely turn the tables around which is why neither Liv nor Abby will back down without a good fight.

The two will go to great lengths to make sure that the candidates they support get the win in the end, but their personal warfare might end up costing Mellie or Susan the opportunity that will boost their chances of winning.

Liv and Abby used to be close friends and worked together in the former’s firm, Olivia Pope & Associates. However, their friendship recently went sour after dealing with former Vice President Andrew Nichols, played by Jon Tenney.

ABC has already released the trailer for the episode and it opens with Mellie saying that the death match between Liv and Abby will do more harm than good and Liv seems unfazed by Mellie’s claims.

The clip is filled with shots of Abby and Liv on a mission to beat the other. It shows both warring women pulling off tricks that seemingly surprises the other party.

By the looks of it, the two aren’t afraid to play dirty and could even expose each other’s secrets. At one point, the ladies go on a drinking match – a sure win for Olivia as she’s a wine drinker.

Abby is seen upset when she sees Mellie talking to Fitz and there’s a brief glimpse of Liv and the other candidates’ campaign manager talking to the press.

Fans also get a preview of Susan smiling at Kate Burton’s Sally Langston. However, the smile obviously was not genuine. Reports say that Ross is probably on Langston’s show getting grilled about her past.

The teaser ends with Olivia on the phone talking to Abby and telling her that she can’t do this. It feels like Abby has taken the war too far and Olivia is trying to prevent collateral damage.

Spoilers suggest that one of the ladies will eventually win as either Susan or Mellie will put herself in a bad light by the end of their heated debate. Rumors say that it might even cause the disqualification of one presidential candidate.

Meanwhile, the episode will also see Jeff Perry’s Cyrus Beene be forced to make a decision that could dramatically alter his future. 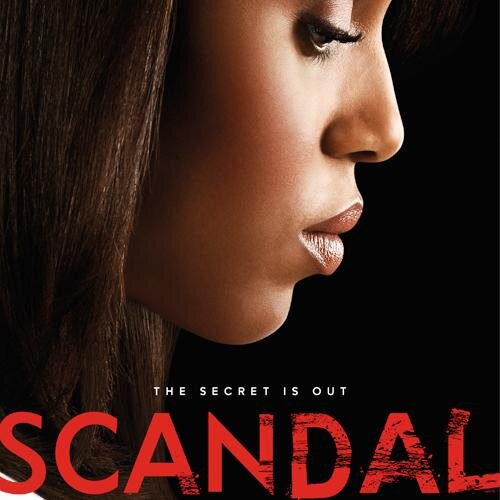 As soon as “Buckle Up” airs, there are only two episodes left for the political drama’s fifth season. Episode 20, entitled “Trump Card,” will air on May 5 and will see the unlikely team-up of the opposing gladiators.

Apparently, Abby and Liv will need to set their differences aside to oust another presidential aspirant, Hollis Doyle, played by Gregg Henry.

Design & Trend reports that Doyle has a lot of secrets that he wants to keep buried and it will be a tough job for Liv and Abby to dig those secrets up. The episode will see if the two are successful in ousting Doyle in the presidential race or not.

ABC still hasn’t released the synopsis for the season finale but the episode, entitled “That’s My Girl” will air on May 12. The series has been renewed for a sixth season.