Samsung are still preparing for the launch of their highly anticipated Galaxy Tab S2 tablet, a device that’s supposed to take on the iPad Air 2, one of the leaders in this market segment at the moment. And while it’s not going to be an easy battle, Samsung are reportedly making sure that the device will offer a lot of value for its price, and it’s shaping up to be quite the interesting tech launch.

Until now, the actual launch of the device remained a mystery, as we had no idea about Samsung’s plans for its release. However, recent reports indicate that it’s being prepared for a June announcement, so if everything goes according to plan, we should see the tablet on the market soon after that. Keep in mind that this is just a rumor so far though, and it hasn’t been confirmed by Samsung themselves – nor by any other official source.

However, a June launch could definitely make sense in the context of previous releases made by the company, as the Samsung Galaxy Tab S also came out around the same time, so hopefully these rumors are correct and the device really is coming soon.

What will it bring to the table though? Reports claim that it will be offered in two variants, an 8 inch model and a 9.7 inch one, and each of them will be split into two versions itself – Wi-Fi only or Wi-Fi + LTE. All models are expected to be announced simultaneously, so those interested in a specific screen size or connectivity options shouldn’t have to wait additionally.

Other rumored specifications and details about the tablet’s design include a slim body, metal frame, an 8-core processor and a special screen design with extra brightness. All in all, Samsung seem to be putting a lot of focus on the “luxury” aspect of the device, which makes sense if they want to compete against the iPad Air 2. Apple are basically the king when it comes to the luxury market, so Samsung are going to have to make a really good offer to impress the same crowds. 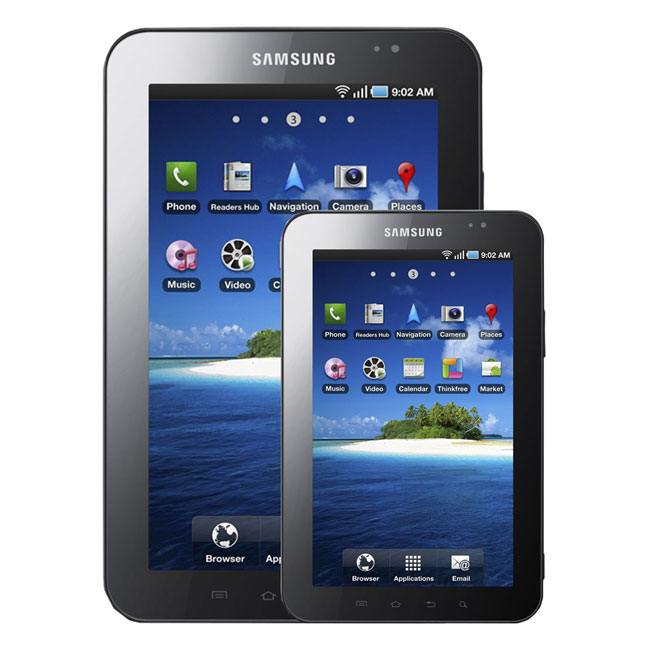 We don’t know how soon after the alleged announcement the company is planning to actually bring the device to the market, but we can only hope that it will be faster, because interest towards it is already very high. At the same time, the tablet market is quickly becoming heavily saturated, especially on the Android side, so the launch could be made more difficult if Samsung wait too long for it.