Several internet tech and news sites have revealed that China’s leading telecom carrier China Mobile has inadvertently confirmed the launching of Samsung Galaxy S7 when it recently made a presentation of its business roadmap in the coming months.

The company confirmed previous reports that the Korean tech giant shall launch the Samsung Galaxy S7 late in February during the Mobile World Congress (MWC) 2016 event to be held in Barcelona, Spain and the latest flagship smartphone will subsequently come out of the global retail markets in March, notes GSM Arena.

It is not clear whether this pricing is only in China since it is a big issue in the country notwithstanding the numerous competitions which mostly offer high-end specifications at very affordable prices.

The same report from China Mobile revealed plans of Samsung to launch two other mid-range smartphones in the Galaxy A5 and the Galaxy A7, which seem to pattern with what the Korean tech giant did this year when it simultaneously launched in June the Galaxy J5 and the Galaxy J7.

According to Techno Buffalo, Samsung could also be planning multiple versions of the Galaxy S7 in different sizes with curved and flat screens. However, it seems rather ironic if Samsung would push such strategy if reports are true that the Galaxy S7 will come out cheaper than the Galaxy S6.

So everything is still speculation at this time until Samsung makes the official announcement on its latest flagship smartphone come the MWC 2016.

The continuing one-upmanship between Apple and Samsung is expected to go on for a long while which will only be good for the users of their devices.

In addition to bringing good competition on a whole new level, it also means that the two tech giants are bringing quality devices to the market. This means that if any of the two giant companies come up with anything less than great in their upcoming product offerings would not only draw flak from the market and the consumers, it shall also be gobbled alive by the competition.

One clear case of that is the Samsung Galaxy S5, which the Korean tech giant launched to the market in March 2014. Because it came out with less-than-satisfactory improvements from its great predecessor, the Samsung Galaxy S4, Apple’s iPhone 6 and the iPhone 6 Plus ate it alive. As a result, Samsung experienced three consecutive quarters of falling revenues for the first time in its history in the smartphone market.

Putting one better over Apple

Instead, it has resorted to adopting a new and first-of-its-kind technology with its latest smartphone offerings – the iPhone 6S and the iPhone 6S Plus – launched in September. The technology is called the pressure-sensitive display tech, which the American tech giant previously used early this year with its Apple Watch and the new Apple MacBook. 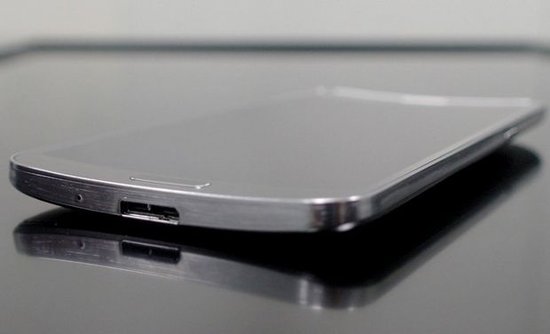 The pressure-sensitive screen discerns between the various kinds of pressure when touching the screen and takes a unique command for a different level of pressure.