The Galaxy A series are non-flagship smartphones but offer excellent hardware and a giant 4,000 mAH battery to ensure longevity and the best endurance among the latest smartphone lines of the Korean tech giant.

Of the four latest handsets of its Galaxy A series, the Samsung Galaxy A9 is the biggest of them all, featuring an enormous 6-inch screen with a superb resolution of 1920 x 1080 pixels.

It also features the Qualcomm Snapdragon 652 chipset along with 3GB of RAM and an internal storage of 32GB although it has an option for expansion via its microSD card slot.

Just like its sister phones, the Samsung Galaxy A9 came out preloaded with Android 5.1.1 Lollipop, notes the International Business Times.

The Samsung Galaxy A9 also features a 13-megapixel rear-facing camera that also offers support for optical image stabilization. It also has an 8-megapixel front-facing snapper.

The handset also comes with a fingerprint sensor and comes in four color variants including white, black, gold, and pink.

A bigger Galaxy A9

Reports have it that the Korean tech giant is now in the thick of development of the Samsung Galaxy A9 Pro.

It is also expected to come out with an enhanced chipset and carry support for more native storage And unlike its base model, it shall come out already laden with the Android 6.0 Marshmallow.

When the Galaxy A9 was released last month, Samsung launched it exclusively for the China market. While the Korean tech giant is expected to launch the Samsung Galaxy A9 Pro in China too, but it is expected to make the device available outside of the Chinese market eventually.

Not yet the final name

There are also reports that when Samsung finally releases the big sister of the Galaxy A9, it may not even call it as the Galaxy A9 Pro, although there is a good chance that the Korean tech giant would stick to the name eventually.

The working variant of the Galaxy A9 Pro is being called as SM-A9100, which was different from what the Galaxy A9 was called then, as SM-A900, while it was under development.

Samsung has yet to come out with an official statement or announcement regarding the firmware that it intends to utilize with the Galaxy A9 Pro. What the Korean tech company just said that the firmware is now under development. 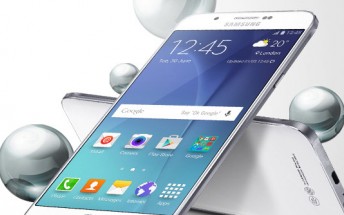 It is also expected to come out with a 64-bit octa-core Qualcomm Snapdragon processor that is more powerful than that under the hood of the Galaxy A9, notes NDTV Gadgets.