Lauren Cohan has been in the news a lot lately, as the star is making her way through Hollywood very well. Just recently, we got confirmation that the actress will take part in the upcoming “Batman v Superman”, and will actually be in quite the important role – she will be playing Batman’s mother. Fans of the character familiar with his past know the tragic story behind him, and it would be both exciting as well as sad to see this moment replayed on the screen.

It would actually be interesting to see how this scene is represented as opposed to previous entries in the “Batman” franchise, as there have been various installments in different formats, and nowadays the producers probably have an even greater potential to create something truly moving that will set the proper tone for the rest of the film. According to some publications, it’s also somewhat appropriate to give this role to Lauren Cohan of all actresses, as she will play alongside Jeffrey Dean Morgan as the father of young Bruce Wayne. Fans of “The Walking Dead” will probably remember that the two actors go against each other in the TV show, where Morgan plays the role of Negan, one of the bad guys.

So far though, we have no concrete details on the exact involvement of Cohen in the new film, other than the obvious suggestion that we will see her dying after a short scene. We’ve seen various interesting twists on that part of the plot, including an alternate storyline in which Bruce’s mother actually lives and stands up in front of him, so anything can happen. Especially given the basic premise of “Batman v Superman” itself, as the film already does an interesting take on well-known characters, and should offer plenty of opportunities for its producers to explore different ways to tell their stories.

Martha Wayne has had her fair share of representations on the screen as well, and we’ve seen different actresses in her role with varying responses from the audience. Now everyone seems excited to see how Lauren Cohan will represent the character as well, and whether she will live up to the previous versions of her that we’ve seen. Of course, there is also the question of how exactly she is going to be inserted into the story, as the producers may be planning something a bit more unusual for her, which would change the entire context of judging the performance of the actress.

There are about two months left to go until the film hits the screen, and fans have been getting more and more excited with every news report that comes out for it. We’ve been getting some interesting suggestions for what might happen once the film hits the screen, and the closer we’re getting to the official release date – March 25 – the more rumors we find roaming around. That’s pretty typical for a production this large, and fans should be wary of all of those claims if they want to avoid spoiling the experience for themselves. 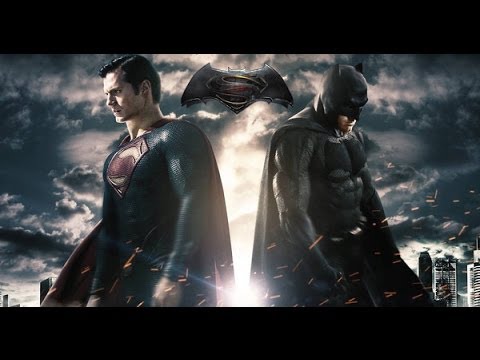 Batman himself will reportedly change a lot in this installment in his universe, and we’re going to see a very different version of the character if some rumors turn out to be true. How much exactly the producers will have changed him, we don’t know – but in the end, the conflict portrayed in this film must show the good and bad in both characters, including Batman, so we may see some less than pretty sides of him.