Without him asking it, it looks like Hollywood actor Johnny Depp got himself a supporter in his supposed upcoming legal battle with Australian Agriculture Minister Barnaby Joyce over the issue of his pet dogs being slipped into the Land Down Under without proper documentation late in April until the middle of May.

He said that he can’t understand why Minister Joyce seems to be taking it personal against Johnny Depp and his pet dogs as if Captain Jack Sparrow really broke his heart.

Brand said that when he visits Australia in October for the Trews World Order tour, he will be sneaking all sorts of illegal substances including dogs and challenge Minister Joyce over it. Of course, the comedian was saying that in jest and meant as a joke since the Minister somewhat blew the issue out of proportion by making a big fuss about it.

He warned the Agriculture minister that he and his dogs will be coming to Australia in October unaccounted for. He added that he will be bringing all sort of canines, fruits and crops into the Land Down Under and none of it is going to be registered.

His interview solicited major laughs but it was not the first time that he slammed Australian politician. Back in February, he also criticized Prime Minister Tony Abbott over the issue of asylum seekers on his web series “The Trews.”

Slipped in and out

The two pet dogs of Johnny Depp, Yorkshire terriers named Pistol and Boo, were slipped in to the country late in April when Johnny took them along with his wife Amber Heard as he returned to the set of “Pirates of the Caribbean: Dead Men Tell No Tales.”

The two dogs were also slipped out in a jiff by Amber Heard back to the US on May 15 to escape threat on their lives in the Land Down Under.

It turns out that Yorkshire terriers Pistol and Boo were with Johnny Depp and wife Amber Heard when they flew to Gold Coast in Australia in the third week of April onboard the actor’s private jet.

Apparently, the two pet dogs have not been declared to Australian Customs. So when Australian Agriculture Minister Barnaby Joyce learned about Johnny Depp’s dogs after owners of a Gold Coast dog grooming salon posted photos of them online, he threatened them with euthanasia unless the animals are sent back to the US immediately.

Johnny Depp and Amber Heard obviously need no convincing regarding the Minister’s threat because they are also aware that their pet dogs have slipped into the country without any documentation and thus were ‘illegal aliens.’ 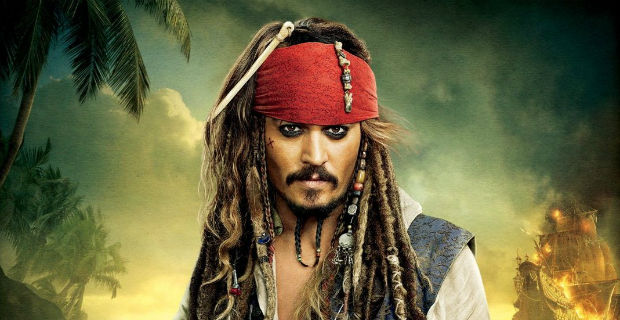 So they spared no time on commissioning a Challenger 604 wide-bodied corporate jet in sending home their pet dogs back to the US accompanied by Amber Heard. The charter was reported to have cost the celebrity couple $400,000.