It’s funny how the opinions of Read Madrid soccer fans can be swayed easily after the team lost the leadership in the standings of La Liga BBVA football league a few days ago to the Lionel Messi-led Barcelona.

Surprisingly however, Real Madrid fans seem to be panicking already. Pressure is now on Real Madrid Coach Carlo Ancelotti moments after the team lost the top spot in the standings to Barcelona.

A Spanish newspaper made a fan survey on who among the Real Madrid superstar forwards they think should be dropped from the team’s attacking lineup, reports ESPN FC.

The question of the survey was surprising enough. But what was even more amazing is that Real Madrid fans actually took the time to answer it and give their respective opinions.

Worst, they actually voted Cristiano Ronaldo, arguably the world’s greatest football player today and the team’s best scorer, as among the team’s forwards who should take the backseat in Real Madrid’s offense.

From the number of Real Madrid fans who gave their answers in the newspaper survey, 46.1 percent thinks that Gareth Bale should step aside if and when Coach Ancelotti returns to his 4-4-2 attack formation.

Surprisingly, Ronaldo was the second man whom Real Madrid fans think should fall back in the Real Madrid offense as he got 32.2 percent of the votes, which is actually one-third of the total number of voters.

Karim Benzema of France only got 21.7 percent of the votes, which means that Real Madrid fans prefer him more on the team’s attacking lineup than Cristiano Ronaldo.

The Spanish newspaper made the survey after noting that Real Madrid has been on a tailspin after the La Liga winter break because of what it describes as a half-hearted performance of the team’s three main superstars.

During Real Madrid’s first 15 matches, the frontline trio contributed 39 goals broken down to 24 by Ronaldo, eight by Benzema, and seven by Bale.

However, in the next 10 games, the triumvirate only made a combined 13 goals broken down to five by Ronaldo, five by Benzema, and three by Bale, that got Real Madrid fans so disappointed.

Coach Ancelotti admitted that his attacking superstars have really been playing too individually as of late and would like to make a change in the team strategy to put some semblance of fight in its offense. 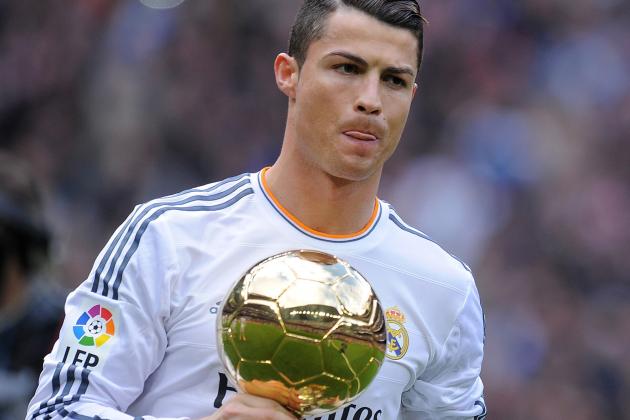 Ronaldo’s point averages has significantly dropped from 3.7 points per game before the winter break to the current 1.4 points per game, which is still a very respectable average to any football team in the world. But unfortunately, Real Madrid fans appear not to see that their superstar is also entitled to a slump one time or the other.