The Prometheus movie website is dispelling many rumors and notions about the upcoming sequel to the science-fiction thriller “Prometheus” directed by Ridley Scott.

One of its key arguments is about the speculations that “Prometheus 2” will be set on earth which was started when reports came out that a certain journalist mentioned that he personally interviewed Ridley Scott in London.

During the interview, Scott was supposedly quoted as saying to the journalist that he was not happy with the story of “Prometheus” and that he promised that the sequel is going to be better. Scott supposedly added that the sequel will not focus on the space engineers’ plant but on planet earth.

It was also from that supposed chance encounter with Ridley Scott that the official title of “Prometheus 2” will be “Prometheus 2: Hell on Earth.”

The report has been picked up by online news sites and it has made the rounds. The Prometheus movie website is strongly debunking these rumors and consider it as false and fabricated claims by some of those sites out to make a quick buck from the topic.

In making its justification, the site said that not one scene in “Prometheus” was shot on earth. Elizabeth Shaw, played by Noomi Rapace, also said to cyborg David in the first movie that she does not want to go back to earth because she wants to go where the engineers came from and that she will continue searching.

Accordingly, Ridley Scott is not the type of director who will reveal something to a no-name journalist about “Prometheus 2.”

Because if he and 20th Century Fox would like to let loose a mouthful about the details of the upcoming movie, they would have organized an event or at least a press conference about it to let the whole world know what’s up with “Prometheus 2” since they will get more media coverage doing so.

It also added that Scott, based on history, does not like talking about his upcoming film so claiming that he uttered a mouthful to someone who is not even his close friend or family member is quite absurd.

However, the site did not offer any concrete new information regarding “Prometheus 2” as it relied pretty much on its revulsion on some internet news sites.

Secrecy is of paramount importance

Production of the sequel to the highly-successful science-fiction flick “Prometheus” shown in 2012 has been clouded in secrecy and only occasional spurts of information are being used as basis to come up with stories or updates about the upcoming Ridley Scott film.

So far, the only thing that has been confirmed is that “Prometheus 2” already has a playdate of March 4, 2016, which may or may not be strategic since it will be coming out three weeks ahead of “Batman vs. Superman: Dawn of Justice,” already touted as the first major blockbuster of 2016.

The other confirmed information is that the script is already completed and filming is about to begin soon. Beyond this basic information, all the other tidbits are mere speculations at this point.

“Prometheus 2” has put up a website to keep fans in the loop of what’s happening or about any possible update on the movie. 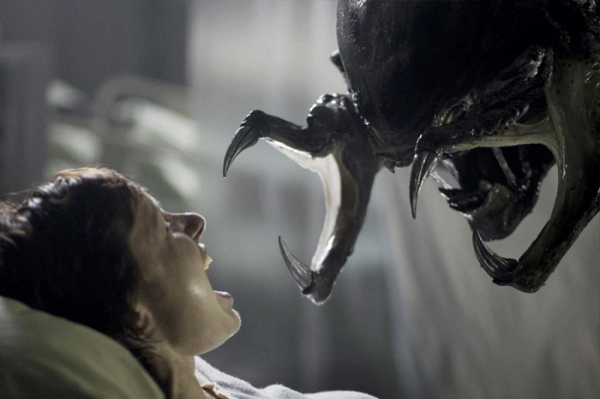 The website’s forum has become a goldmine in terms of news updates about the film, although, with lack of confirmation from the production staff, the information coming out of it are mostly speculations, rumors if you may.