The UK judicial system may have been the first to officially put a leash on Popcorn Time legally by banning the service and blocking the download sites offering the app in the country, but given the nature of the freeware app, it is likely to continue underground as much as it has been doing all over the world since it was launched last year.

It is considered a short-lived and hollow victory for copyright providers and also for film production companies because even if the broadband providers block the five websites offering Popcorn Time, it is expected that several other sites will crop up sooner than later, cites The Next Web.

And it shall no longer be coursed through the existing five broadband providers in the UK but perhaps some other remote hosts not based in the UK. Thus, the UK judicial system no longer has jurisdiction on its operations in the internet.

The irony of the legal situation with Popcorn Time is the fact that the anonymous developers of the freeware app are not liable for anything but only its users. So Popcorn Time cannot be faulted if users use it on their own free will. Meanwhile, most users of Popcorn Time continue to have a care in the world at all, preferring to use the free streaming service even though they know they’re infringing on some copyrights.

Following the court decision, the anonymous developers of Popcorn Time publicly expressed their disappointment with the UK judicial system and felt sorry for the citizens of England for trampling on the people’s basic rights like the freedom of speech and net neutrality being revoked so easily.

The developers expect to see some protest actions from the citizens of UK against the current order curtailing Popcorn Time.

They added that the move was pretty predictable and that they are also positive that it is not the last of it. The developers assured fans of the streaming service so that they will be working full force now to make Popcorn Time fully p2p. They also said that the software will not be depended on for any domain or centralized server to operate.

Hot on its tail

Popcorn Time has been under fire as of late because of its questionable legality and also because film studios are really hot on its tail and have been trying to block the service for quite some time now. 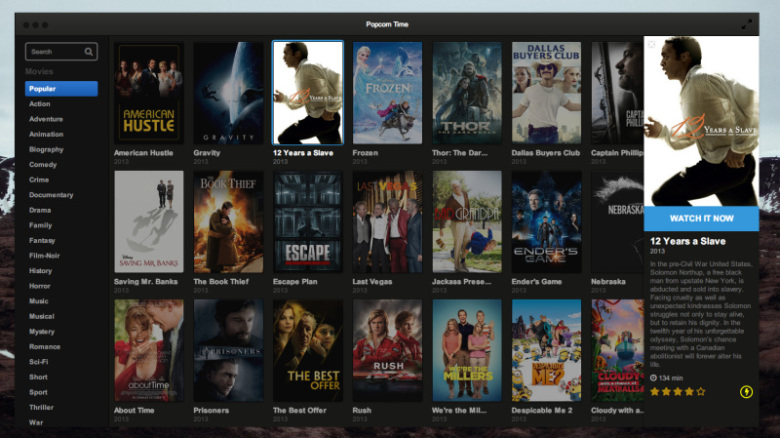 However, the shift to the Bittorrent-based distribution has allowed Popcorn Time to continue even as Hollywood film companies scramble to find a way to stop it.

With its continued provision of movie-streaming service to users, Popcorn Time has actually painted a large target on its back, particularly from film studios.