Two of the most popular members of 5 Seconds of Summer went clubbing in Sydney, Australia recently to hang out with some of their fans who obviously can’t get enough of their awesomeness.

They were recently spotted at The Australian Brewery Coolroom partying with fans looking very hot than usual that some female fans think that they were simply hot enough to fry an egg on, describes Sugarscape.

Hemmings was a returnee this year to the same club because he also did some saucy pole dancing in the same place last year.

The two members of the 5SOS quartet were not with their two colleagues Ashton Irwin and Michael Clifford when they soaked with fans at the Sydney club apparently looking fitter than a supermarket full of fudge.

Luke’s and Calum’s clubbing in Sydney was immediately known in social media as The Australian Brewery Coolroom posted images of the two having a blast at the venue in its Facebook page.

5SOS also confirmed the night out of its two members and hanging out with delighted fans by posting images on the group’s Twitter page called 5SOS Updates.

Fans were really elated how game the two members of the 5SOS as much as they find everything in the two very awesome, from their hair, their physiques, their tongues, their face as if they want to grab every piece of the two and take them home as their own.

It was Luke who first made covers of songs of various artists on YouTube under his account name ‘hemmo1996,’ with 1996 being the year of his birth.

Luke first uploaded the video song cover of “Please Don’t Go” by Mike Posner on February 3, 2011. Subsequently, Michael and Calum, who also went to the same school with Luke at Northwest Christian College in Riverstone, South Wales, Australia, joined him and they formed 5 Seconds of Summer. They added Ashton on December 3, 2011 and thus completing their four-person band.

The group made it big as YouTube celebrities after posting videos of themselves rendering songs from various artists. Their ticket to fame however came from One Direction when the British boy band invited them to perform on their “Take Me Home Tour” in 2013.

In February last year, 5 Seconds of Summer successfully released their single “She Looks So Perfect” which topped the charts in Australia, New Zealand, Ireland and the UK. Four months later, their self-titled debut album was released and also made in to No. 1 in 11 countries. Less than five months down the road, they released their live album called “LIVESOS.” 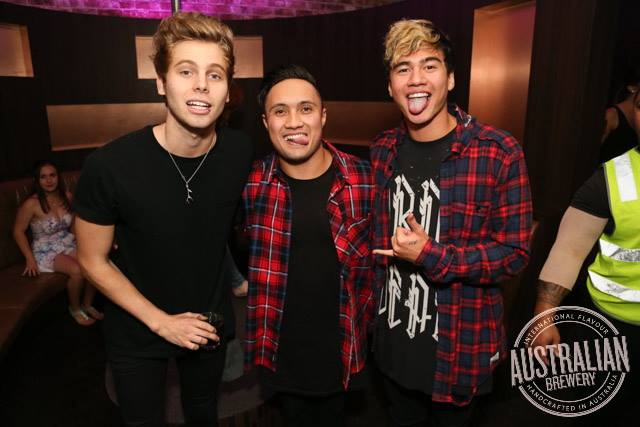 Today, every time the 5 Seconds of Summer boy band is mentioned, it always follows with the name of Luke Hemmings or vice versa.