The OnePlus One was a huge success, the OnePlus Two not so much – many of the company’s fans were expecting something more from the new device as the first phone managed to raise expectations quite highly. In the end though, the release of the “flagship killer” was somewhat underwhelming, as the device didn’t really offer anything special compared to its competition, and the company also couldn’t rely on their unique marketing approach this time. Exclusivity really only works once for promoting a product, after that it’s a bit of a tough job to make a sale based on that alone.

And now the OnePlus Mini is coming and it’s likely going to refresh the line a little, much to the excitement of fans of the original device. This won’t be a full-blown flagship, sure, but it should still offer some nice qualities for those who want a good combination of features at an acceptable price. Or at least that’s what the rumors are saying – but we’ll have to wait and see the final release before we actually know if this device is going to see any success.

According to rumors, the device is going to come with a pretty capable processor, 2 GB of RAM and a full HD display which will be a 5-inch model. This might be a bit strange in the context of calling this a “mini” phone, but trends have been changing a lot and people have different expectations nowadays. Phones have been getting bigger and bigger, and sub-5 inch devices are becoming far less popular lately. Because of this, it might actually make sense to refer to this as a mini device.

There are also rumors of other phones coming by OnePlus soon, and it sounds like the company has been trying to expand their portfolio and get a broader reach on the market. We don’t know what other models they might be planning or what their strategy could be, but it will definitely be interesting to see if OnePlus manage to become a more popular name and break out of their niche status. The company got a lot of exposure with the release of the OnePlus One, but their popularity then faded away a little bit after they brought out the OnePlus Two.

Now they have a real chance of making a comeback, but they will need to plan this release very carefully because it might actually turn out to be their last such possibility. People have been asking for something new and exciting from OnePlus, and if they don’t impress their fans with this phone, they might not enjoy a lot of attention in the future. This could affect their next releases very negatively, and it’s possible that the phone rumored to be coming after the OnePlus Mini could perform even worse in the end, spelling disaster for the company and forcing them to really rethink what they are doing. 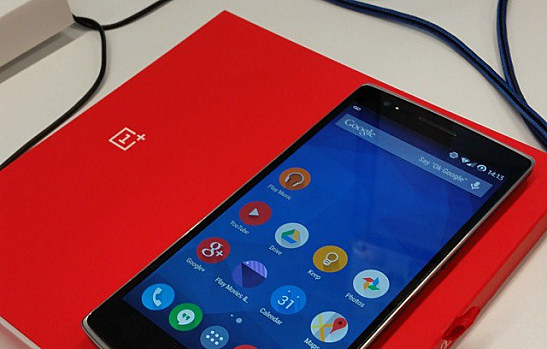 It’s also possible that the next release by the company will be an even more special one, and there have been rumors that they have been preparing something even more unusual than what we saw previously. If they really are planning to bring out something more unusual, that could be a risky move but it could also secure some pretty good positions for the company on the market, especially if it’s a device that fills a niche that’s been left unexplored so far.