There have been rumors as of late that Nicki Minaj and Meek Mill have already broken up. Instead of coming out with a public statement to deny those speculations, Nicki took to Instagram and posted several of her latest pictures with her rapper boyfriend.

The images were full of cuddling and PDA selfies and showed that the couple is very much in love contrary to reports that they have already split.

It was an indirect way of debunking allegations that she and Meek have already called it quits because apparently, the “Feeling Myself” rapper-singer believes that action speaks louder than words, notes E! Online.

Nicki Minaj and Meek Mill may be dating each other and seems to be hitting it off well as a couple, but working together professionally it is not always smooth.

In a recent interview, Mill admitted that he and Nicki often argue about music and the type of moves that they are trying to make, especially in light of the pair’s upcoming tour.

He also disclosed that the music “All Eyes on You” was put together by Nicki. He said that his girlfriend did the song and it worked.

Mill also added that they rarely do rap in the studio together. He said that Nicki does the rapping on her own and he also does it on his own although he admits, he does not really like having his girlfriend in the studio while he works. He says that most often, he gets reckless and goes into his own zone.

He also bared that he has never been public about his past relationships because he came from the trap and there are no media there. Mill also says that he does not like the media trying to predict or pre-empt his moves because he is the type of person who likes to do whatever he wants when it comes to his moves as a performer.

Meanwhile, Glu Games, the developer behind the mobile game “Kim Kardashian: Hollywood,” has collaborated with Nicki Minaj and Jason Statham in what appears to two mobile games featuring each of the two stars, reports Vulture.

The mobile games shall reportedly be released in 2016, but Glu Games has yet to disclose any other details about it as of this time.

It is likely that the Jason Statham mobile game would be full of action consistent with the British action star’s stature in Hollywood. It is not clear however if the mobile game featuring Nicki Minaj will also be a dress up game like “Kim Kardashian: Hollywood.”

In addition to Nicki Minaj and Jason Statham, Glu Games is said to be working on other apps that shall feature the likes or the likeness of Katy Perry, the Jenner sisters, and Britney Spears.

Launching their own fragrance appears to be the latest fad among music celebrities these days. After Katy Perry, Rihanna, and Ariana Grande, it was the turn of hip-hop artist Nicki Minaj to launch a new fragrance. 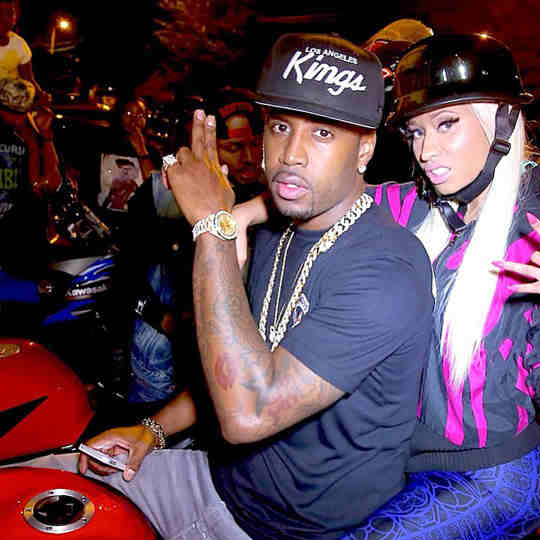 But it’s not Nicki’s first time to launch a perfume because the fact of the matter is that the latest one is already her seventh time already.

However, what defined the new fragrance as truly hers is that she named it after her latest album titled “The PinkPrint.”

Nicki made the bottle reveal of The PinkPrint on Good Morning America on July 25 which was not surprising to be patterned after her likeness, following the footsteps of her earlier fragrance dolls.